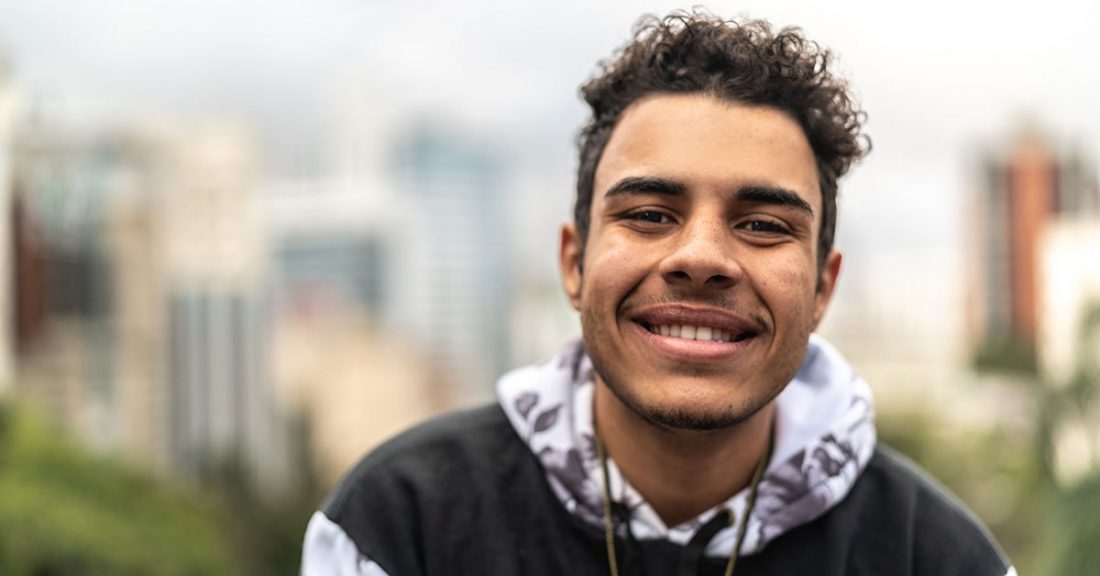 In response to the COVID-19 pandemic, juvenile justice systems across the country have reduced their use of unnecessary youth confinement — an outcome long advocated for by Annie E. Casey Foundation.

“The global pandemic has motivated a growing number of jurisdictions to make reforms that reflect what research says is best for young people: They belong with their families — not in institutions,” says Rob Geen, director of Policy Reform and Advocacy at the Foundation. “When the public health crisis is over, juvenile justice systems should collectively commit to never going back to unnecessarily locking up kids to ensure their appearance in court.”

Even short stays in detention facilities have harmful effects on youth, including the increased likelihood of recidivism. The Foundation’s Juvenile Detention Alternatives Initiative® (JDAI®) has demonstrated more effective and equitable ways to keep young people safe and on track for long-term success while still holding them accountable for their actions. Two JDAI sites — the state of Maryland and Harris County, Texas — provide examples of jurisdictions accelerating detention reform during the pandemic.

Responding to a petition by the Maryland Office of the Public Defender in April 2020, the state’s chief judge instructed lower courts to consider the pandemic when making decisions about confining youth accused of delinquent acts. Judicial action resulted in the release of approximately 60% of Maryland’s youth from incarceration and the expanded use of alternatives to detention (ATD) by the state’s Department of Juvenile Services.

“Youth who were released on ATD attended court hearings and remained offense free while awaiting their hearings at virtually the same high rates as before and, in some cases, performed better than prior groups,” says Sam J. Abed, secretary of Maryland’s Department of Juvenile Services.

Fortunately, innovations created to address the pandemic are poised to outlast the crisis, according to Abed. New procedures and practices include regular statewide reviews to expedite releases; shifting community services to the front end of the system as diversion options; and community supervision changes — for example, connecting with youth via video chats instead of in-person visits to the department.

For now, Maryland has made only limited progress in addressing racial disparities, with young people of color constituting approximately 80% of all youth in its detention and residential facilities. Yet, such progress is still “remarkable,” according to Abed, who notes that past state efforts have failed to realize even these small gains. The recent reforms “should be preserved and studied so that the critical aspects can be replicated,” he says.

A statewide group including legislators and advocates is currently examining which new detention reforms should be embedded in state law.

In Harris County, home to Houston, the Juvenile Probation Department has been working with judges and other juvenile justice stakeholders to develop plans for safely releasing young people in detention.

“COVID-19 lit a fire in Harris County,” says Henry Gonzales, the department’s executive director. “Everyone has gone the extra mile to keep young people safe and out of confinement. From January to May, we cut our detention population in half, bringing the population to its lowest level in more than 30 years.”

The county’s two residential facilities, which housed about 100 young people pre-pandemic, have experienced similar drops in youth confinement. One facility has temporarily closed and the other now serves around 20 youth. Also encouraging: Among all the young people released from these facilities, just three have ended up back in confinement, according to the latest data.

One key player in all this progress? Community-based organizations that take referrals from the probation department. The faith-based nonprofit reVision, for example, has a successful track record of mentoring young people who are incarcerated. In the last few months, reVision has reached out to families of released youth to assess and meet their needs. With the pandemic increasing unemployment, some families needed assistance filing for unemployment benefits. Others needed help navigating rental assistance plans. reVision has also provided more than 100 families and counting with food and hot meals.

Like Maryland, Harris County has made only limited progress in reducing racial and ethnic disparities, with children of color more likely to be locked up for the same behavior as their white counterparts. Gonzales is hopeful, however, that a new screening tool for detention will help to decrease the overall population while also reducing racial and ethnic disparities.

When asked if Harris County would maintain its COVID-related reforms after the health crisis ended, Gonzales is also optimistic. “I hope that this is the new normal,” he says.