Indiana's Pioneering Effort to Adopt Casebook is Paying Off 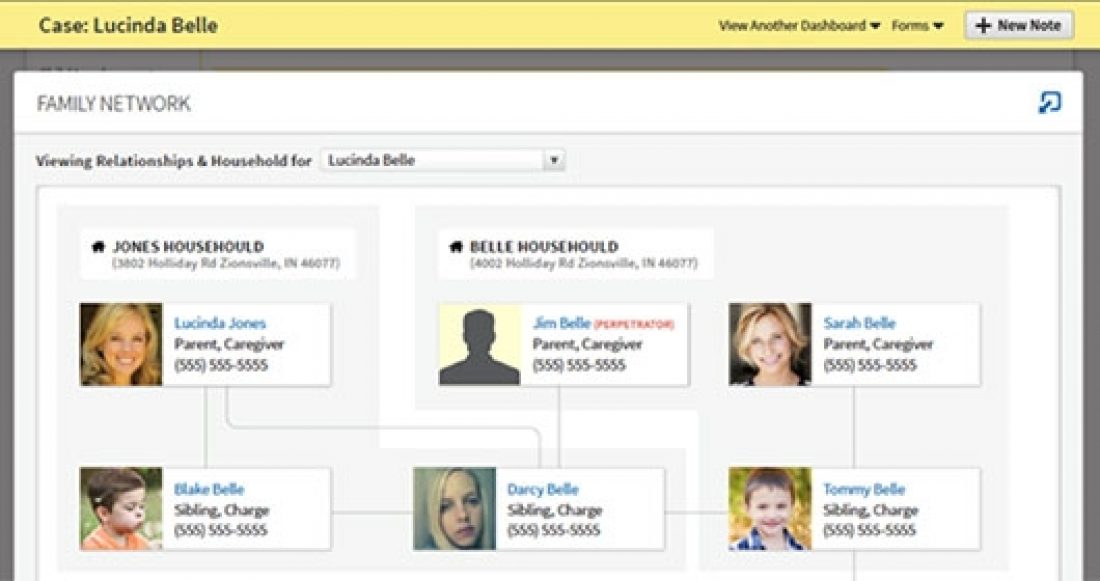 This is the third in a four-part series about Casebook, a state-of-the-art tool to help child welfare workers track and improve results for children in their care using state-of-the-art technology. In this installment, you will learn about Indiana’s pioneering work and results in adopting Casebook.

When Mitch Daniels was elected governor of Indiana in 2005, the state ranked at or near the bottom in virtually every category of child services performance. Daniels tapped Judge James W. Payne, a 20-year veteran juvenile court judge who had pioneered a new court management system, to head a new stand-alone child welfare department that Daniels had created. Payne consulted with the Casey Foundation’s Child Welfare Strategy Group, which helped the state overhaul the way it delivered services. But Payne knew the agency also was thwarted by ineffective data and paper recordkeeping. “The Governor asked me to do whatever it took to fix the system,” Payne says.

Working with a provider of traditional child welfare technology, Payne grew frustrated with the lack of progress and took the bold step of starting from scratch. At about that time, Kathleen Feely and her colleagues at Casey approached the department about Casebook, and a “magic” partnership was formed.

In 2012, Casebook became a core component of Indiana’s child welfare technology platform, the Management Gateway for Indiana's Kids (MaGIK). When Indiana got a waiver of federal funding regulations on proprietary software in 2014, it was a major victory because the state could now apply for federal aid to support its new system. While work still needs to be done for the agency to incorporate all its administrative functions into Casebook, staff at all levels have embraced the technology. Indiana recently extended its contract with Case Commons for up to five more years.

“What we are trying to do here in the Department of Child Services in Indiana is to use modern technology to assist us in a way it never has before,” says Judge Mary Beth Bonaventura, who succeeded Payne and was appointed as director of the department by Governor Mike Pence in 2013. “Case Commons absolutely knows our business. It makes it very seamless in the job that we have to do.”

According to Jeff Tucker, former deputy assistant Information Technology director for the Indiana Department of Child Services, the value of Casebook was realized instantly. “We realized the immediate benefits of Casebook—how it has freed up our caseworkers to get away from their desk and get out in the field, and they can catch up on their data entry at a more convenient time for them,” Tucker says.

“Child welfare is a 24-7 business; it’s not just a 9-5 job,” notes Regina Ashley, former deputy director of placement support and compliance for the Indiana Department of Child Services and now associate chief operating officer of policy at the Indiana Department of Workforce Development. “So for caseworkers to be able to access Casebook at home, in another office, or in a different part of the state has been invaluable.”

Those overseeing caseworkers also see the benefit, according to Kimberly Wells, a family case manager supervisor. “It definitely makes my job easier, because I have everything I need right at my fingertips,” she says.

Casebook dramatically cuts down the time it takes to enter data on cases and makes it possible for other social workers, as well as providers outside the system, to submit information, contributing to a fuller picture of the child and family.

One way Casebook supports better practice and results is by displaying prominently how long it has been since a caseworker, known in Indiana as a Family Case Manager, has visited a child or helped facilitate visits between a child and family members. Research shows that the more frequent such visits are, the better the outcomes are for kids.

Since a metric was embedded into Casebook in January 2013 that records the last contact with a caseworker, there has been a 13.8 percent increase in the share of children with a recorded face-to-face contact with a Family Case Manager in the last 30 days. Also, in April 2014, Case Commons placed a metric on the dashboard of Family Case Managers that displays how many days since each child on a case had a visit with a parent. Before this metric was embedded, there were 815 visits with parents recorded in Casebook per week on average. Since the metric was added, that number has averaged 1,477 visits.

Next: Markers of Progress