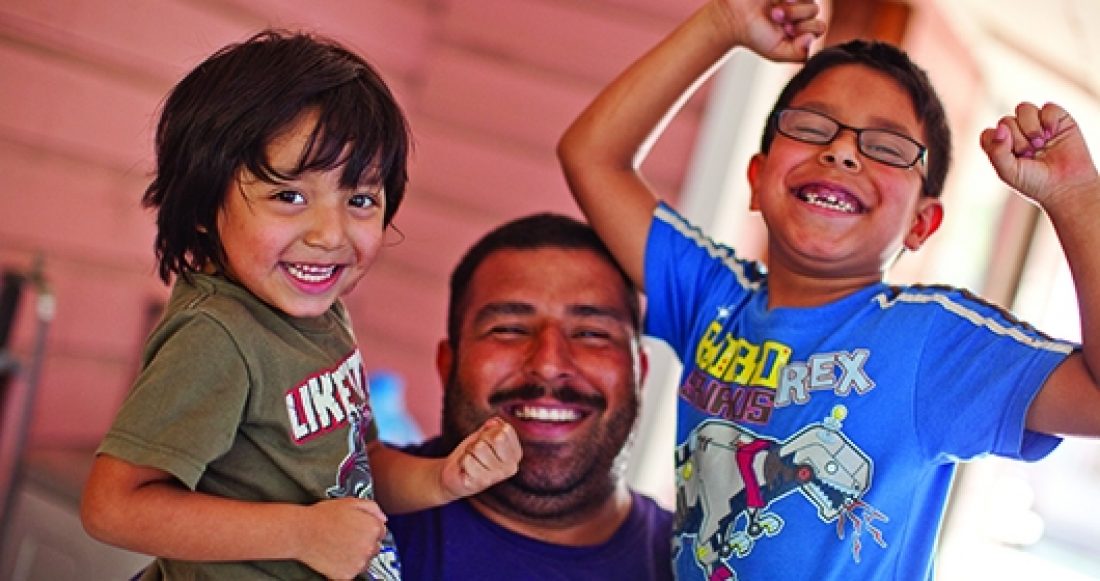 The last decade  has seen a significant decline in economic conditions for low income children and families, according to the 2011 KIDS COUNT Data Book. The official child poverty rate, which is a conservative measure of economic hardship, increased 18% between 2000 and 2009, essentially returning to the same level as the early 1990s. This increase means that 2.4 million more children are living below the federal poverty line. Data also reveal the impact of the job and foreclosure crisis on children. In 2010, 11% of children had at least one unemployed parent and 4% have been affected by foreclosure since 2007.

“In 2009, 42% of our nation’s children, or 31 million, lived in families with incomes below twice the federal poverty line or $43,512/year for a family of four, a minimum needed for most families to make ends meet,” said Laura Speer, associate director for Policy Reform and Data at the Casey Foundation. “The recent recession has wiped out many of the economic gains for children that occurred in the late 1990s. Nearly 8 million children lived with at least one parent who was actively seeking employment but was unemployed in 2010. This is double the number in 2007, just three years earlier. The news about the number of children who were affected by foreclosure in the United States is also very troubling because these economic challenges greatly hinder the well-being of families and the nation.”

The Data Book, which the Foundation releases annually, also provides the most current information about 10 key measures of child well-being the Foundation has tracked over the last twenty years. Since 2000:

The Data Book ranks states based on their performance across the 10 indicators of child well-being. New Hampshire, Minnesota and Massachusetts rank highest, while Alabama, Louisiana and Mississippi rank the lowest. The eight states with the biggest improvements in their rankings between 2000 and the most recent years of data are New York, Maryland, Connecticut, Massachusetts, North Carolina, Oregon, Virginia and Wyoming. The five states with the biggest drops in their rankings are South Dakota, Maine, West Virginia, Hawaii and Montana.

The KIDS COUNT Data Center provides information about the 10 key measures tracked in the Data Book in addition to hundreds of other indicators of child well-being by state, county city and congressional district.

“The research and data tell us that children who grow up in low-income families are less likely to successfully navigate life’s challenges and achieve future success,” said Patrick T. McCarthy, president and CEO of the Casey Foundation. “To decrease the numbers of children who are at risk for bad outcomes as a consequence of economic hardship, we must invest in strategies that can help children reach their full potential. In the wake of the recession, the Casey Foundation urges policymakers to focus on ensuring the next generation of children is healthy, educated and prepared to compete in a global economy.”

The 2011 Data Book message, “America’s Children, America’s Challenge: Promoting Opportunity for the Next Generation,” examines how children and families are faring in the wake of the recession and ties together research findings on family economic success and the critical role of investing in early childhood programs that can allow the next generation to succeed. At the core of the message is the Casey Foundation’s belief that providing the opportunity for all children to succeed requires two-generation strategies that simultaneously help parents put their families on a path to economic success and enhance children’s social, emotional, cognitive and physical development from birth.

The Casey Foundation recommends six strategies that can help move low-income families onto the path for prosperity:

“There is a great deal of knowledge about how to help struggling families get back on track and increase their children’s chances for success while building a vibrant economy,” concluded McCarthy. “In the years following World War II, we made great progress in child well-being and reduced many of the disparities associated with the differences in income and wealth, and race and ethnicity. Our challenge now is to find the will to make sound investments that can improve the economic prospects for families today while preparing our children for the future.”