Reflecting on 25 Years of the Kids Count Data Book: The High Cost of Being Poor 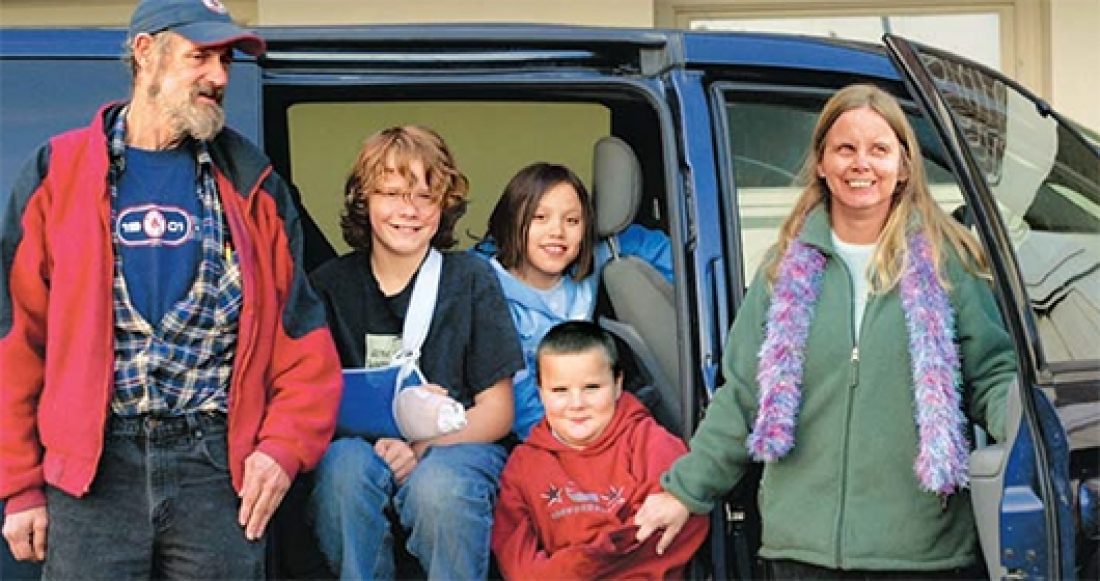 A shorter version of this story is available

A recent New York Times series chronicles the boom in subprime auto lending to people with poor credit or low credit who desperately need cars to get to work. It explains how these loans set terms and fees that become impossible to sustain, hurting low-income consumers who can least afford it. MSNBC aired a segment on the same topic recently under the tagline, “the high cost of being poor.”

A dozen years ago, the Annie E. Casey Foundation popularized that phrase in a sweeping account of the inflated charges people in poor communities pay for everything from cars to groceries. “The High Cost of Being Poor: Another Perspective on Helping Low-Income Families Get By and Get Ahead” was published as part of the 2003 KIDS COUNT Data Book. Drawing on newly commissioned research from the Brookings Institution, it tallied disparities in costs such as food, transportation, health care, check cashing and other financial transactions.

“Overall, the amount of money lost to low-income families and to communities themselves as a result of income-stripping financial services and predatory practices is enormous,” stated the essay.

The 2008 Wall Street crisis shed new light on this issue and fueled reforms, and other trends cited in the essay— such as lack of access to mainstream banks and healthy food outlets in poor communities—have long had their champions. But before Casey’s 2003 report, no one had categorized these concerns as part of the same systemic problem or branded it as “the high cost of being poor.”

“That catch phrase, and the hard data in the report, ignited a new conversation about the systematic way that low- income people and people of color were being taken advantage of,” notes Bonnie Howard, director of national partnerships at the foundation. “It had ‘wow’ power.”

“This was a relatively straightforward observation, based on a wide range of evidence, that low-income families were paying more proportionately and in some cases more absolutely for virtually everything they needed,” notes Ralph Smith, Casey senior vice president and managing director of the Campaign for Grade-Level Reading. “This was an overlooked and underappreciated effect of poverty, contributor to poverty and obstacle to getting out of poverty.”

Progress since 2003 has been significant on several fronts. The foreclosure crisis prompted new laws and policies governing the way financial institutions do business and safeguards for consumers, including the Credit Card Accountability Responsibility and Disclosure Act of 2009, the Dodd-Frank Wall Street Reform and Consumer Protection Act of 2010, and the creation of the Consumer Financial Protection Bureau (CFPB).

“Today, there is an entire field devoted to financial stability and how to provide low-cost financial services to those who would otherwise use rent-to-own, pawnshops, payday lending, and other high-priced services,” notes Beadsie Woo, a senior associate in Casey’s Center for Community and Economic Opportunity. “There is a growing and dynamic industry devoted to the needs of those who don’t use or can’t afford mainstream financial services.”

In February 2015, American Banker published a “Financial Inclusion Issue,” highlighting strategies banks are using to pursue “the 28 percent of consumers who are taking their business elsewhere.”

“The fact that the major trade publication for the financial services industry has done an issue on financial inclusion is an incredible sign of the impact that a decade’s work on this issue has made,” notes Rachel Schneider, senior vice president of the Center for Financial Services Innovation.

Advocacy by umbrella groups such as Americans for Financial Reform have played a major role.

“When the foreclosure crisis occurred, we and other groups that Casey supported were in a position to push for reform,” notes Chi Chi Wu, a staff attorney with the National Consumer Law Center (NCLC). “Casey’s support enabled us to lay the groundwork and build the capacity to act when the timing was right.”

“The 2003 essay has continued to influence us today in the work we do with legislators,” notes Mary Fairchild, a senior fellow at the National Conference of State Legislatures. With Casey support, NCSL has held an annual meeting on opportunities for working families since 2002. Sessions on the high cost of being poor have “inspired legislators to look at how policies could be strengthened,” says Fairchild.

After hearing Ralph Smith speak on this topic in 2002, Pennsylvania Representative Dwight Evans led a statewide effort to launch the Fresh Food Financing Initiative, a public-private partnership that provides grants and loans for supermarket development in underserved areas. The effort has improved access to fresh foods for more than half a million people and generated some 5,000 jobs. This approach helped inspire the Healthy Food Financing Initiative, a federal partnership that helps finance grocery stores, small retailers, corner stores, and farmers’ markets selling healthy food in underserved areas.

While car purchasing is still one of the least regulated areas cited in the report, the CFPB has established some limits on the use of markups, and a coalition of diverse groups called Working Cars for Working Families helps connect low-wage workers to nonprofits that help provide low-interest loans and matched savings for cars. “There is a collective goal to make sure low-income families can get and keep affordable, reliable cars on good terms,” says John Van Alst, a staff attorney at NCLC and project director for Working Cars for Working Families.

“One of the biggest things we focus on now is how to increase access to the kinds of products and services that can help the families we serve become financially stable and increase their balance sheet rather than deplete it,” notes Beadsie Woo.

Casey has long joined with other organizations to combat predatory financial practices and support alternative low-cost services and banking options. A huge body of work centered on expanding access to the Earned Income Tax Credit for low-income families, supporting free or low-cost tax preparation by trained volunteers, and helping families get on a path toward saving and building assets. The Foundation continues to lend support for this work to the Baltimore CASH (Creating Savings, Assets, and Hope) and Maryland CASH campaigns.

Other Foundation investments have included:

“Casey has been at the forefront of understanding that high quality financial services are relevant to family well-being,” says Rachel Schneider, senior vice president of the Center for Financial Services Innovation. “Because of that, we have been able to shift the dialogue to what financial health looks like and how to achieve it, and from product-by-product improvement to systemic improvement.”