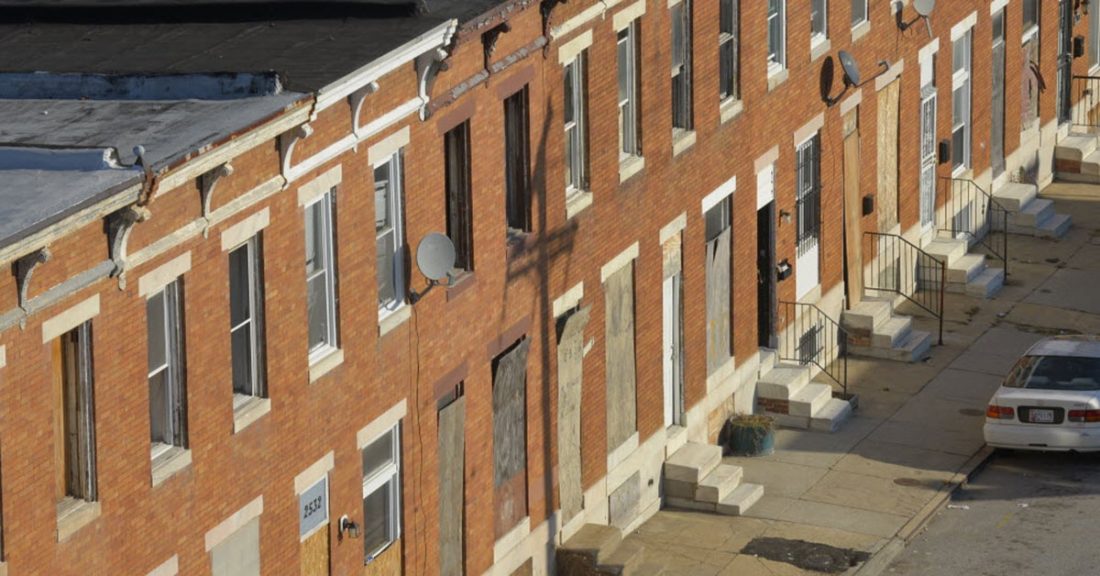 In Baltimore City, predominantly white neighborhoods receive nearly four times the investment of those that are majority black, according to a new report from the Urban Institute that was funded by the Annie E. Casey Foundation. The organization’s findings further emphasize the strong connection between race, place and opportunity that exists in the city.

The flow of investment in a community is a sign of its health and vitality, as it impacts the resources and amenities available to residents. Neighborhoods in Baltimore’s so-called “black butterfly” — a shape that emerges when mapping the city’s largely African-American communities against whiter ones — receive the least investment, according to the report.

The origins of these disparities can be traced to century-old policies that sought to confine African-American residents to less desirable neighborhoods, including racial housing covenants and redlining practices.

“Racial divisions this stark are not inevitable,” say the report’s authors. “They are still felt today in part because of the enormous effort that went into circumscribing opportunity by race and geography.”

Zeroing in on investment, researchers found that the legacy of those discriminatory policies is evident in numerous ways:

While public investment and mission lending are spread much more equitably across the city, they represent a fraction of overall investment. This indicates a need for a greater public and philanthropic commitments to help spur investment in Baltimore’s underserved communities, the report says.

“All families, no matter their background or where they grow up, should have the opportunity to thrive,” says Tomi Hiers, vice president of the Casey Foundation’s Center for Civic Sites and Community Change. “These findings are informing our investments, and we hope others will use them, too, to ensure more equitable commitments are made in Baltimore’s low-income neighborhoods and communities of color.”