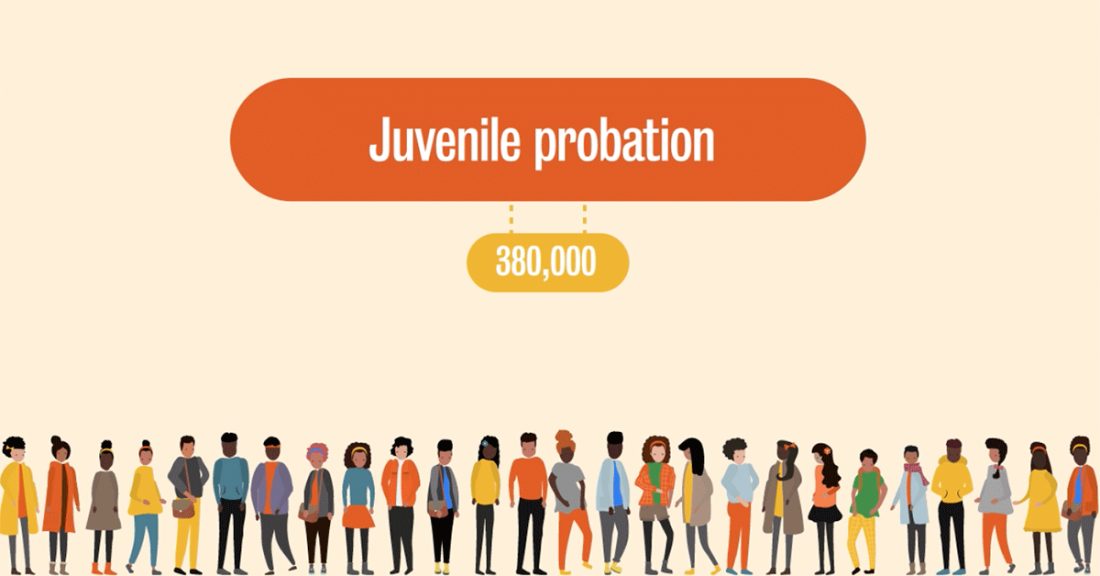 A short video produced by the Casey Foundation suggests how juvenile probation could get better outcomes for hundreds of thousands of young people. The video is a companion to the report Transforming Juvenile Probation: A Vision for Getting It Right. Both describe how and why systems must reimagine probation — the most common disposition imposed on young people in our nation’s juvenile justice systems — if they are to fulfill their potential for improving young lives and promoting public safety.

The video is a quick introduction to probation, which exerts a potentially pivotal influence on the lives of nearly 400,000 court-involved youth per year and plays a large role in perpetuating the vast and continuing overrepresentation of African-American, Latino and other youth of color in the youth justice system. In 2016, the last year for which data are available, 55% of youth put on probation caseloads were youth of color — far higher than their share of the total youth population (40%). Yet both nationally and locally, juvenile probation receives scant attention.

The Foundation is putting probation front and center now because knowledge about adolescent behavior and brain development and evidence about intervention strategies that reduce delinquency can equip the field to get probation right. This advancing knowledge makes clear that most youth who engage in delinquent conduct, even in serious offending, are amenable to positive change.

“We know what works with young people to set them up for success as adults,” says Stephen Bishop, a senior associate with the Foundation’s Juvenile Justice Strategy Group and the narrator of the video. “There are effective ways to promote personal growth and positive behavior change in young people while still holding them accountable.”

The video illustrates Casey’s call to action to the leaders and line staff of juvenile probation agencies — as well as judges, prosecutors, juvenile defenders, community organizations and other system partners: