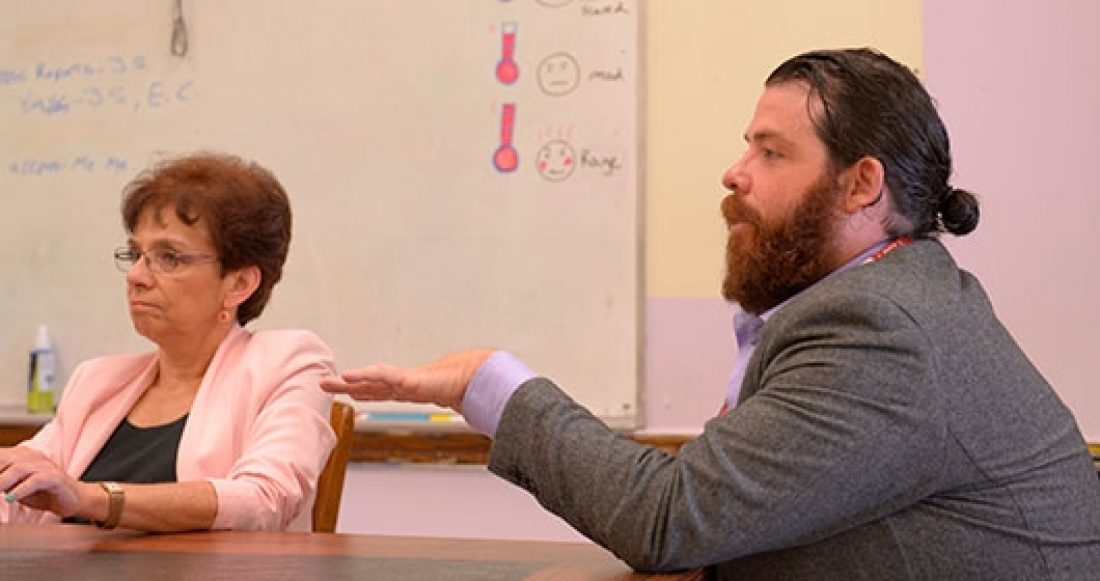 When community partners and public system leaders gathered in Providence to choose priority outcomes for youth as part of the Foundation’s Evidence2Success framework, a key focus was symptoms associated with trauma, including anxiety, depression and emotional regulation. Providence middle and high school students reported high levels of these risk factors on the Youth Experience Survey. And when more than 120 students in two middle schools in Evidence2Success pilot neighborhoods were screened for post-traumatic stress disorder (PTSD), 91% had elevated levels of trauma. The most prevalent traumatic experiences named by the 11- to 14-year-olds were:

“We thought we knew what the prevalence of trauma was,” says Matt Billings (pictured), project manager at the Providence Children and Youth Cabinet, the convening organization leading the local Evidence2Success effort. “We had no idea.”

Those insights led Providence Evidence2Success stakeholders to select Cognitive Behavioral Intervention for Trauma in Schools (CBITS) as one of the evidence-based programs to meet their priorities. CBITS is designed to reduce symptoms of PTSD among children and improve functioning, attendance and grades. The 10-session, school-based intervention teaches cognitive behavioral skills in a group format, led by mental health professionals, with six to eight students per group. Students are referred by school personnel. After an initial screen, if there is an indication of trauma, parents give consent to the CBITS counselor for a deeper assessment to see if students are eligible for the program. Components of the program include relaxation training, combating negative thoughts, reducing avoidance, developing a trauma narrative and building social problem-solving skills. The program also incorporates individual child sessions, optional parent sessions and a teacher in-service session.

The first two CBITS groups were held at the Roger Williams Middle School in the South Side of Providence in the spring of 2015. “We had one student who was able to bring a problem to the group and the group was able to give suggestions to help solve her particular problem,” says Amanda Slocum, a student assistance counselor. “She felt safe enough to ask, and the group felt capable to give suggestions. That was a win for us.”

It was also a win for the initial cohort of children who completed the program. According to a follow-up assessment, they experienced an average reduction of 35% in key traumatic stress indicators.

CBITS is only one programmatic part of Evidence2Success in Providence. By making decisions based on data and informed by a community/cross-system partnership, Evidence2Success is demonstrating a cost-effective way of allocating scarce public resources to improve outcomes for Providence’s vulnerable children and families.