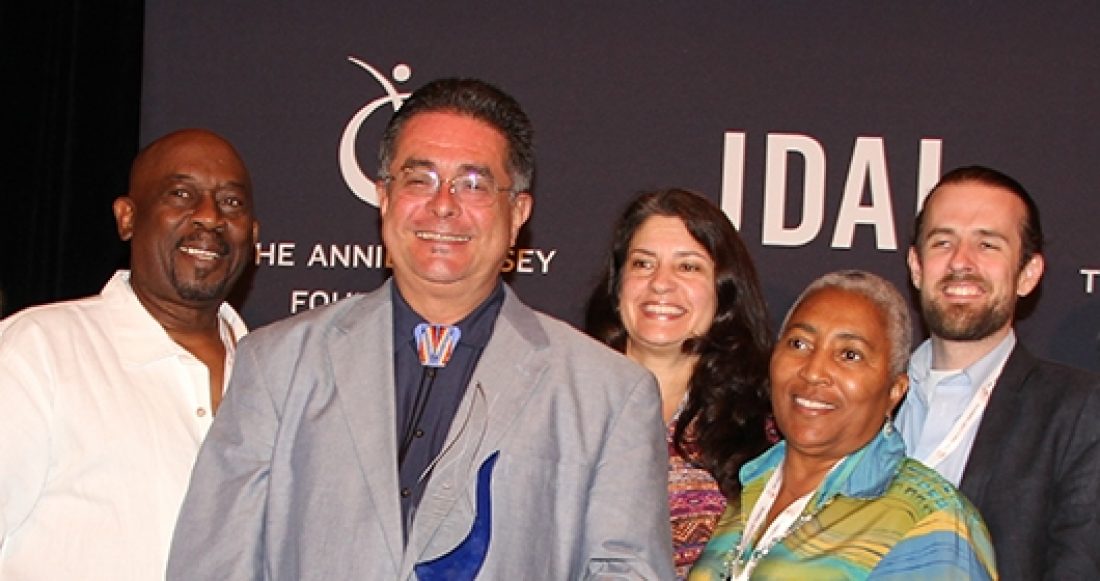 Richard Elías received the Annie E. Casey Foundation’s Natalie S. Bimel Award for his efforts to build a just and equitable youth justice system. Elías represents the 5th District on the Board of Supervisors for Pima County, Arizona.

The award is named for Natalie S. Bimel and honors the contributions of community leaders to detention reform. Bimel directed the Juvenile Detention Alternatives Initiative (JDAI) documentary, “These Are Our Kids,” completed shortly before her death from cancer in 2004. Bimel was a criminal justice reformer who established a number of highly regarded community programs, which reduced the reliance on incarceration and helped former prisoners transition successfully back to their communities. She epitomized the creativity, determination and influence of community leaders who dedicate themselves to the well-being of local residents.

Richard Elías shares Bimel’s commitment to justice. He has represented District Five on the Pima County Board of Supervisors since 2002. In presenting the award to him, Raquel Mariscal, a director at the W. Haywood Burns Institute, said, “Richard works tirelessly to bring people together to enhance the quality of life for all in Pima County: working for affordable housing, eliminating healthcare disparities, nurturing the development of our youth, pushing for quality education and for a just and equitable youth justice system.”

Elías has been active with JDAI since 2002, when Pima County Juvenile Court began its partnership with the Annie E. Casey Foundation and the Burns Institute. He serves on JDAI’s executive committee, where he ensures a balanced perspective between community and system stakeholders. Elías advocates for positive youth development and for building the community’s capacity to offer alternatives to detention. Mariscal praised Elías for his “political will, intentionality, sense of urgency and unwavering passion.”

The Natalie S. Bimel Award is 1 of 4 that the Casey Foundation bestowed this year to results-driven and strategic reformers whose steadfast dedication to detention reform has improved the lives of youth. The awardees’ work exemplifies some of JDAI’s best attributes: continuous improvement, cross-fertilization of ideas and a personal commitment to improving the lives of court-involved young people.

Elías accepted his award in front of an enthusiastic and appreciative audience of peers at the JDAI Inter-Site Conference in Phoenix.