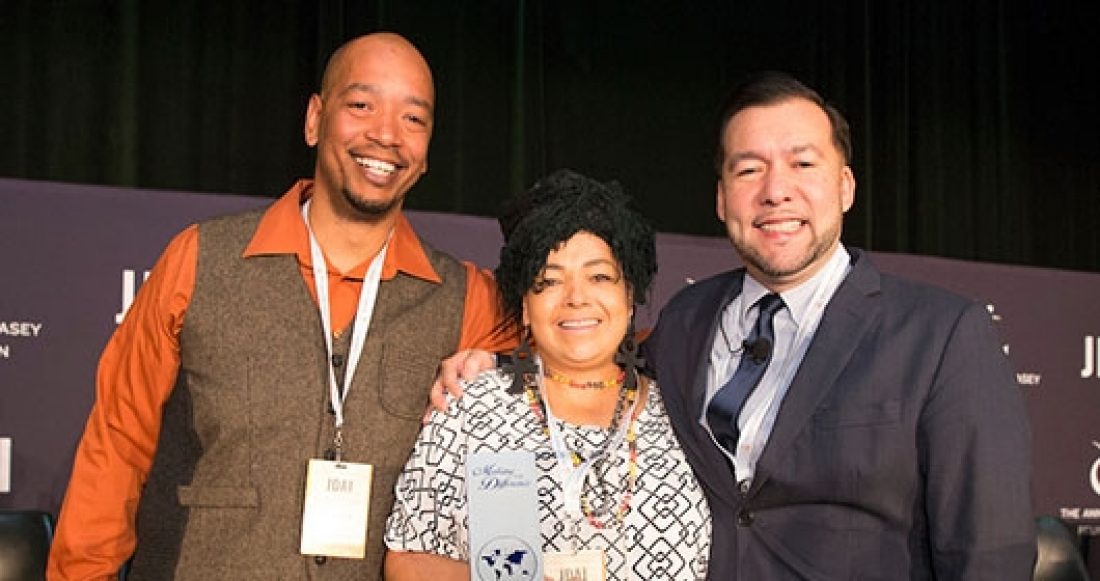 The Annie E. Casey Foundation has named Community Connections for Youth as the recipient of its 2017 Gloria J. Jenkins Award.

The award, which the Foundation presented at its 23rd JDAI Inter-Site Conference in Orlando, Florida, recognizes outstanding contributions to detention reform by a community-based organization.

Community Connections for Youth, which is based in the Bronx borough of New York City, empowers local organizations to develop effective community driven alternatives to youth incarceration. The nonprofit also advocates for families who have youth in the juvenile justice system and arms them with the tools and resources necessary to help their children succeed.

The award’s namesake spent 40 years as a community activist in Chicago. Gloria J. Jenkins and her husband, Eddie, established the Westside Association for Community Action, or WACA, to improve the well-being of local residents through advocacy, direct services and community development. When detention reform began in Cook County, Illinois, in the early 1990s, WACA established the first evening reporting center in the Juvenile Detention Alternatives Initiative network. The center filled a reform need by serving as an effective alternative to detention for youth who had violated their probation.

Other jurisdictions, including Lucas County, Ohio, have replicated the model used by Community Connections for Youth to build community capacity for juvenile justice reform.

Read about the winner of the Natalie S. Bimel Award for outstanding contributions of community leaders to juvenile detention reform

Read about the winners of the JDAI Distinguished System Leadership Award