Federal Grant to Build on Evidence2Success in Providence 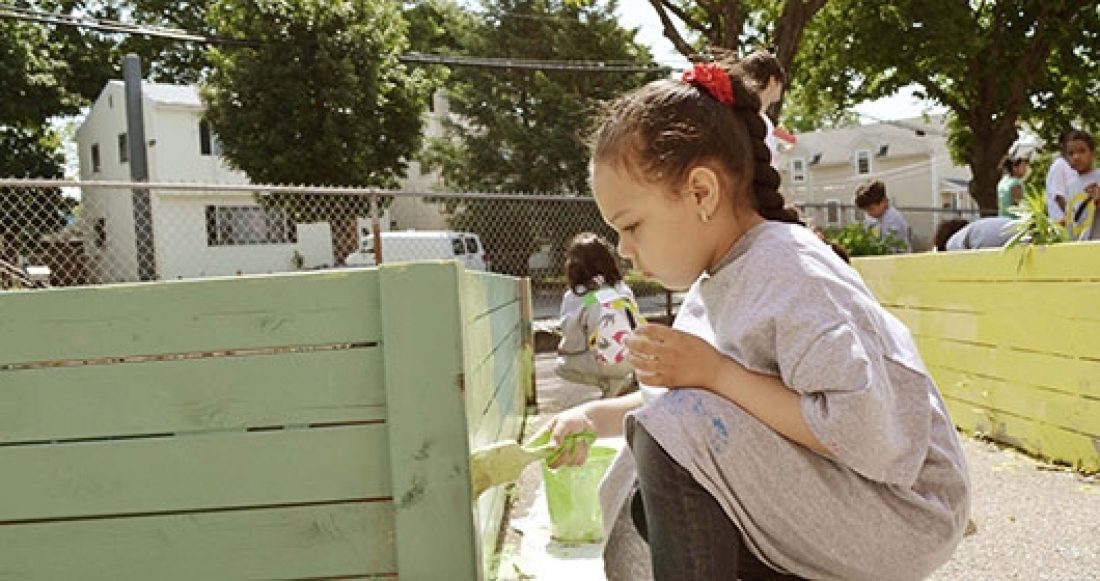 The Substance Abuse and Mental Health Services Administration (SAMHSA) recently awarded a five-year, $1.8 million grant to the Providence Children & Youth Cabinet (CYC) for the Building Trauma Sensitive Schools (BTSS) initiative. Building on the Annie E. Casey Foundation’s Evidence2Success framework in Providence, BTSS will seek to decrease post-traumatic stress disorder (PTSD) among middle-school students in neighborhoods with elevated levels of trauma. By the end of the grant period, the initiative will have served more than 3,000 adolescents.

BTSS will “provide a tiered approach of therapeutic, evidence-based programs, evidence-informed youth trauma programs and universal trauma-sensitive training for schools,” says Rebecca Boxx, director of the CYC — the backbone organization for Evidence2Success in Providence. “It will be enhanced by involvement and guidance from neighborhood leaders and residents who will seek additional opportunities to address root causes of trauma within their communities.”

Focusing on the behavioral link between elevated levels of trauma among students ages 11 to 14 and their chronic absences, delinquency and suspensions, BTSS will serve the three middle schools in the South Side, West End and Olneyville neighborhoods, where students are more likely to witness violence or experience other circumstances that contribute to PTSD. These neighborhoods, according to the CYC, have “the highest rates of engagement with the child welfare system, childhood poverty, parental incarceration and incidences of school suspensions and absenteeism in the city.”

BTSS, which will be launched in October, incorporates core elements of the Evidence2Success framework, including partnerships among public systems, elected officials and communities; the strategic use of local data to identify needs and develop a consensus among partners on outcomes; and capacity building to implement evidence-based programs — for example, Cognitive Behavioral Intervention for Trauma in Schools (CBITS), a school-based program to reduce symptoms of PTSD among children and improve functioning, attendance and grades and one of the evidence-based programs originally selected by E2S stakeholders. CBITS is currently being implemented in two middle schools in the South Side and West End neighborhoods.

The SAMHSA grant to CYC, a coalition of private organizations and public agencies working to ensure that all of Providence’s children have access to an integrated system of educational, health and other services, represents an intentional effort to finance and scale up Evidence2Success in Providence. CYC also recently received a $25,000 Community Development Block Grant from the City of Providence to reduce traumatic stress among local middle school students.

“Many federal discretionary and foundation initiatives prioritize collaboration as well as evidence-based programs,” says Suzanne Barnard, director of the Casey Foundation’s Evidence-Based Practice Group. “We are witnessing a shift in grant making, both locally and nationally, toward approaches that address prevention and recognize the interrelated and complex challenges child- and family-serving systems are trying to address.”