Five Questions with Casey: Nate Balis on What’s Next for Juvenile Justice Reforms 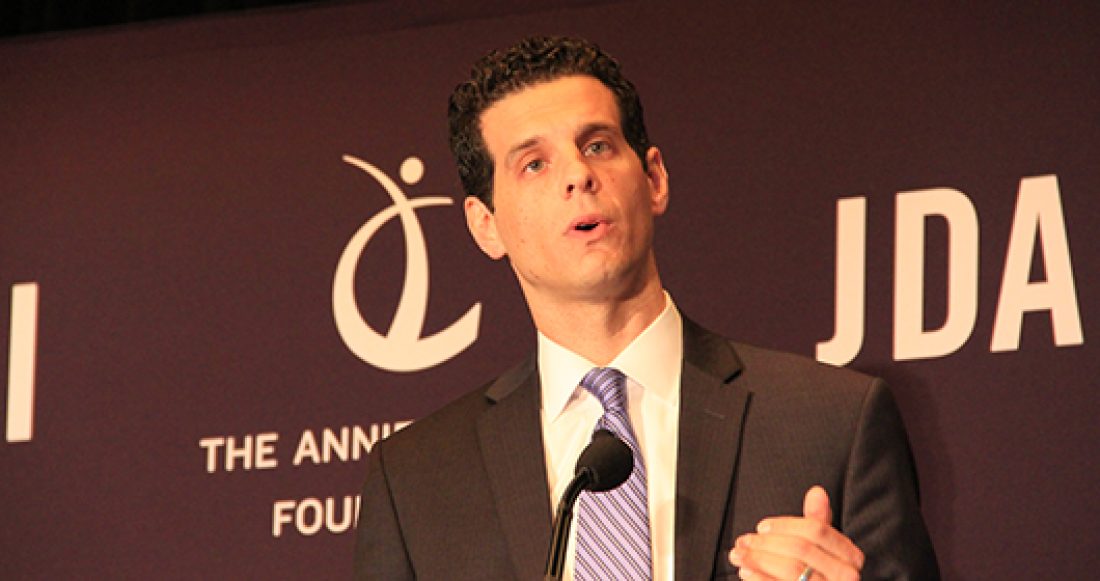 Q1. One year into your tenure as director of the Annie E. Casey Foundation’s Juvenile Justice Strategy Group, can you give us your impressions about the current status and the future of JDAI?

I tend to think about JDAI from two angles. First, I appreciate JDAI as a mature initiative that has continued to grow to the point where safely reducing the use of secure detention is now very much in the mainstream of juvenile justice. That represents a huge achievement for JDAI. Also, I am continuously reminded that the learning curve of JDAI never ends. At this year’s conference, for instance, we are introducing a new practice guide for working with LGBT youth in the juvenile justice system, and we will soon be producing a practice guide on engaging law enforcement in detention reform. I think this commitment to continuous improvement explains why JDAI sites and JDAI partners are so often at the forefront of promising developments in the juvenile justice field nationwide.

At the same time, when we peek under the hood of JDAI, we see a lot of things that we wish were better. We see results that should be deeper. We see core strategies that seem to be considered as optional. We see places that have lost momentum and are not sure how to get it back. In short, we see an initiative that in many ways is thriving, and in other ways needs new life. That is why we are committed as a Foundation to providing JDAI sites the support they need to continue making meaningful progress in their core detention reform efforts.

Q2. Since 2012, Casey has been working with a number of local sites and a few states to reduce their reliance on commitments. Can you tell us briefly about these deep end efforts?

So far, the deep end work has been both incredibly challenging and extremely promising. Compared with detention reform, the challenges of reducing youth incarceration are much more complex, involving many moving parts, more players and more daunting responsibilities. After all, detention is – by design – a short-term intervention with a limited purpose. It ensures that young people appear at their scheduled court dates with minimum disruption to their lives and to public safety. The deep end work, by contrast, addresses the full breadth of young people’s needs. It focuses on long-term behavior change and youth development. It’s a much heavier lift. Still, we are finding that many of the core principles of JDAI, and many of the skills and habits fostered in JDAI — collaboration, the use of data, the importance of disaggregating data and addressing disparities — are readily applicable to the deep end work. So, we have a ton of learning to do, but we’re building from a solid foundation.

Q3. Recently, Casey President Patrick McCarthy gave a TEDx talk calling for the closure of all youth prisons. What does that mean for JDAI sites?

This talk focused on large state-operated and -contracted facilities that are warehousing kids — facilities rooted in a prison model that we know has been totally ineffective and often abusive to kids in custody. Further, we don’t see any contradiction between eliminating the youth prison model and recognizing that some high-risk young people need to be held in secure settings for some period of time. The critical point is that when young people are removed from their families and communities, they should not be placed in institutions oriented toward punishing them further. Rather, they should go to facilities dedicated to supporting their development and changing their thinking and behavior. We’ve seen it again and again: the best results come by providing youth with positive and therapeutic experiences.

Q4. Can you tell us more about the Juvenile Justice Strategy Group’s work on probation reform?

Despite probation’s central role, however, we find huge variation in probation practices from one system to the next and from probation officer to probation officer. Probation should afford young people an opportunity to learn how to make better decisions and to develop healthier attitudes and behavioral habits. So, we want to take a deep, critical look at probation and its role in the juvenile justice system.

Q5. Anything else you can tell us about your first year as JJSG Director? What stands out in your mind?

One thing that stands out is that this has been an unbelievable year for justice policy. The issues people in the JDAI network talk about every day are all of a sudden being discussed in living rooms across America. I’ve been reflecting on what this means for JDAI, and one of the things I see is a danger of complacency.

We have arrived at a critical juncture for the history of our field, and I am determined to do everything possible in this pivotal moment to make sure that the progress we achieve in justice policy reform will measure up to what we all know is needed.