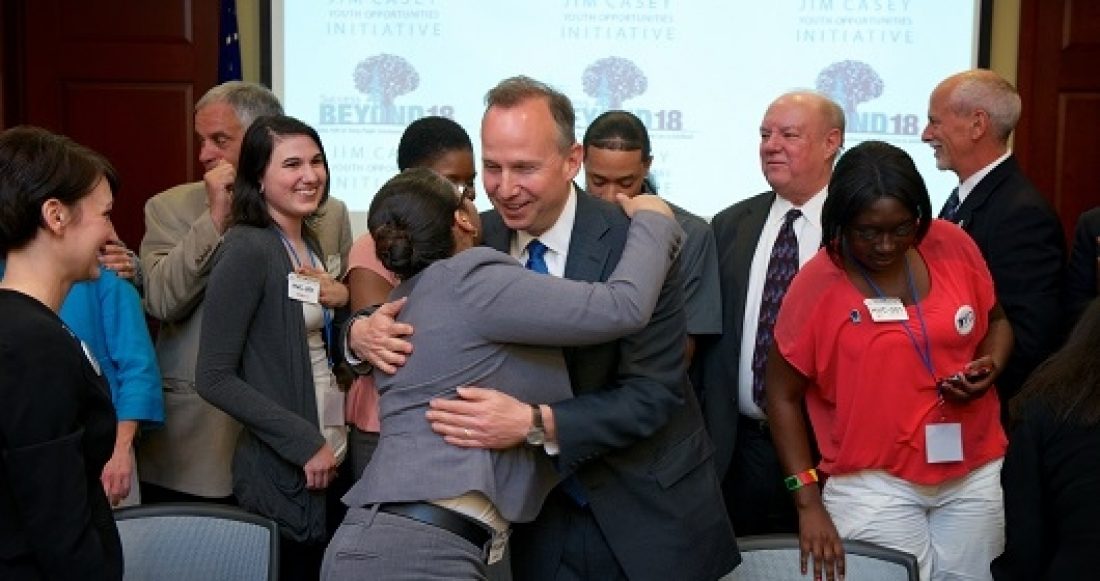 As Jack Markell rode through the streets of Dover, Delaware, on a crisp evening a week before Christmas 2013, he wasn’t there just to see the sights — and he wasn’t just any Delaware resident.

“The caseworker noted that the governor asked a lot of questions,” says Carla Benson-Green, a DSCYF administrator. “He seemed concerned about the barriers the grandfather was experiencing because he did not yet have guardianship of the children.” "[The governor] heard a lot about the division’s increasing focus on keeping children with family,” says Benson-Green, including a new program designed to keep teens out of foster care by meeting their needs while they live at home with their families.

“When governors get involved in focusing their child welfare agencies on how children and families are doing — their outcomes — it can mean real improvements,” says Tracey Feild, managing director of the Casey Foundation’s Child Welfare Strategy Group, which provides assistance to agencies looking to improve their services and outcomes.

“We have seen time and again that a governor leading the way can bring substantive improvements for a state’s child welfare system,” says Feild. “Governors, mayors and communities want results. They want to help children and do so at a sustainable cost. And they want children to be safe.”

“When child welfare improvements are thoughtfully chosen, sequenced and installed,” children and teens are more likely to live with families and not in group placements, Feild says. “They are also more likely to hit important developmental milestones.

Governors, agency leaders and advocates now have a new tool for shaping their improvement agendas. Casey’s new publication, A Child Welfare Leader’s Desk Guide to Building a High-Performing Agency, presents 10 practices to motivate communities and leaders to make positive changes and commit to better outcomes for children and families.

Feild points to Practice #1 in the desk guide, which is to substantively increase agencies’ focus on child and family outcomes. “Governors can let agencies and communities know that they are expected to focus their practices, policies and contracts on doing a better job meeting children and families’ needs,” she says, noting, “The guide describes specific practices and metrics to do that.”

Metrics in the desk guide provide agencies with national benchmarks on, for example:

The desk guide also points to proven practices that agencies can install to improve how children fare upon coming into contact with the child welfare system. Specific approaches to measuring and addressing racial and other disparities are presented, along with an entire volume of research citations and links to promising approaches.

“The desk guide aims to inspire an urgent commitment to continual improvement,” Feild says. “Why the urgency? Research is reshaping our knowledge of what works and it is imperative that public systems, led on by governors and agency leaders, act on that knowledge.”