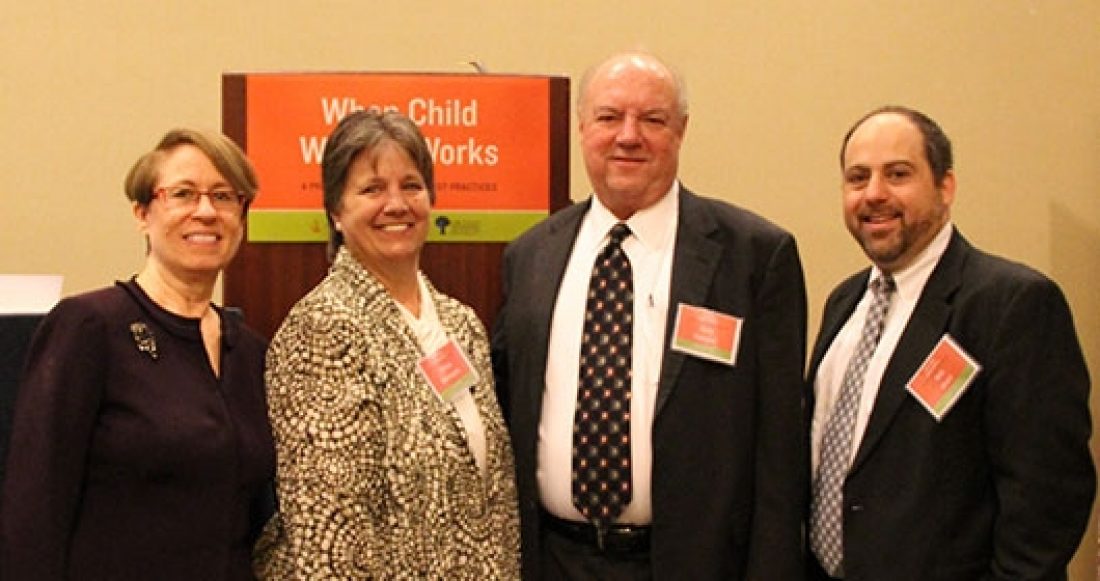 Restructuring of federal child welfare funds should improve kinship and family foster care, reduce the amount of time kids are in state care and end federal spending on shelter and non-treatment group care, says a new proposal aimed at helping more kids grow up in families.

"When Child Welfare Works: A Proposal to Finance Best Practices," a report and proposal from the Annie E. Casey Foundation and the Jim Casey Youth Opportunities Initiative, would transform the outdated 30-year-old system of federal funding for child welfFare systems to support better outcomes for children and families while maintaining the existing overall funding level.

The organizations presented their recommendations at a Capitol Hill briefing for more than 150 policymakers, child welfare experts, advocates, agency heads, judges and others interested in improving outcomes for children and families served by state and local child welfare systems.

The organizations’ leaders said they hoped the ideas would be a springboard for policy deliberations and inform thoughtful action. The report and other resources from the briefing are available online.

“Every child deserves a family for life,” Patrick McCarthy, president and CEO of the Foundation, said in outlining the recommendations. “We need to align our financing systems with a sole goal – a forever family for every child.”

He said threats to existing federal funding for child welfare make the need urgent to create a system that encourages states to adopt best practices. “The cost of doing nothing is now far greater than ever before,” he said. “The time to act is now.”

The recommendations include steps that are fiscally responsible and practical in today’s uncertain policymaking climate, McCarthy said, and should be implemented as a single package with increased spending in some areas and cuts in others. “This is not an a la carte menu.”

Tracey Feild, director of Casey’s Child Welfare Strategy Group, noted that “the current financing system, created in 1980, fails to recognize what we know are the best practices today.” For example, she said, “the most important casework function, helping families deal with their problems, is not reimbursable by government funds,” nor is training for “front-door” workers who first deal with families in crisis or dedicated therapeutic services.

Gary Stangler, executive director of the Jim Casey Youth Opportunities Initiative, said the limitations of the federal financing system for child welfare have been a subject of frustration and debate in the field for decades. “I’m really optimistic that we are ready to break out of this stalemate and push this agenda because it is an urgent situation,” he said after the recommendations were proposed.

A panel discussion after the policy presentation included Anne Marie Ambrose, commissioner of the Philadelphia Department of Human Services; Jeremy C. Kohomban, president and CEO of Children’s Village, which serves children, teens and families in New York with residential and community-based programs; Jarel Melendez, who spent about 15 years in kinship and foster care placements and is now a member of the National Foster Care Youth & Alumni Policy Council; Retired Judge William A. Thorne of the Utah State Court of Appeals; and Aundré West, a foster parent trainer and mentor for Eckerd Community Alternatives in Tampa, Fla.

Ambrose called for “a relentless sense of urgency” in overhauling system financing. “We now know what works; we need federal financial reform that enables us to do that,” she said. She called some of the recommendations ambitious in their scale and said it would take the support of other key actors in the system, including the courts, to make the changes work.

The report calls for special federal focus on best practices that help kids grow up in families. Federal reimbursement should be eliminated for shelters and group care for children under 13, and allowed only for short periods and only when necessary for residential treatment for older children. Overall time limits should be set on reimbursement for foster care to encourage states to limit its use, the report said. The recommendations also call for strengthening therapeutic and supportive services to help families in caring safely for their children and engaging other family members or known neighbors in offering care, rather than unknown foster parents, whenever possible.

“Group homes should never be a [routine] option,” said Melendez. “It’s very crucial to ask the young people themselves what they want and what they need.”

Kohomban said the majority of children who come to residential facilities such as his are not necessarily in need of residential treatment, which should be reserved for a certain definable population of young people. Many young people placed in group settings “have been ripped away from families, ripped away from communities. They are really mad at all of us and incredibly scared and afraid for their future, and so they exhibit symptoms that we then label as mentally ill,” he said.

Accountability for outcomes, training for caseworkers, innovation and flexibility that promote efficiency and use of best practices and targeted use of funding are also recommended practices. “The families are out there who want to love these children,” said West. “We have to be prepared to find them and draw them in.”

Thorne said judges in family cases must be persuaded to become “informed skeptics about recommendations they wouldn’t accept for their own kids.” Budgets, he said, “are moral documents, and we ought to be supporting the things we know work.”

The report noted that its recommendations do not address every aspect of the child welfare system that needs reform, nor do they address the state funding that is the majority of child welfare spending. “But federal policies are key drivers of system change, and if these proposals generate a constructive dialogue, we will have achieved our aim,” it said.