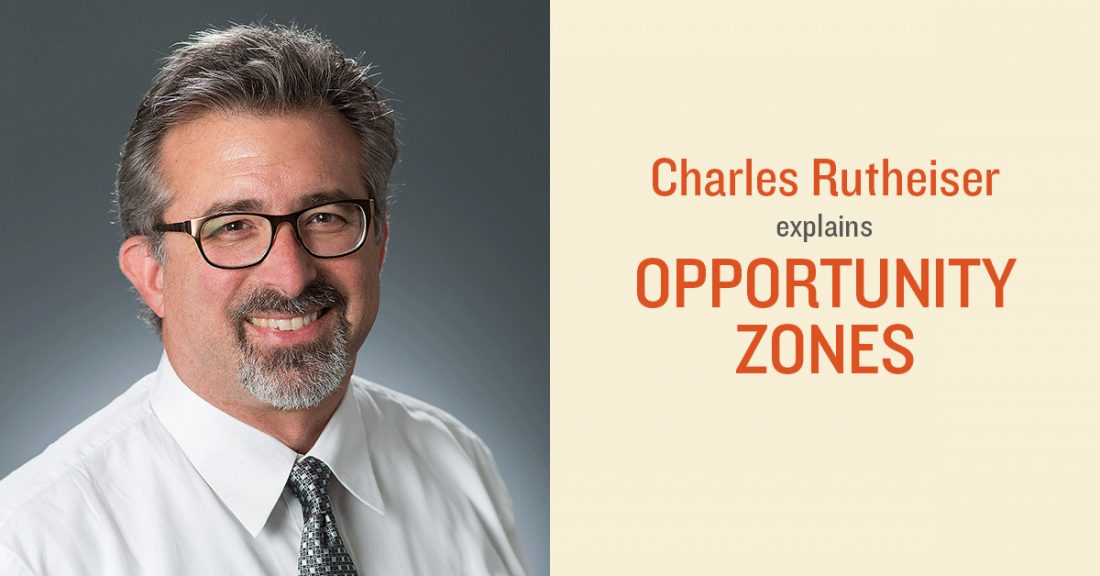 In this blog post, Charles Rutheiser, a senior associate in the Annie E. Casey Foundation’s Center for Civic Sites and Community Change, talks about Opportunity Zones. He defines what they are, when they were established and how they could evolve with the help of a federal tax-incentive program.

Q: What are Opportunity Zones?

Rutheiser: Opportunity Zones are census tracts that have been designated for a federal tax-incentive program aimed at increasing private investment in economically distressed communities.

There are more than 8,700 of these zones in urban, rural and suburban areas across the country. Collectively, Opportunity Zones are home to more than 31 million people, including nearly 7 million children. At least 20% of Opportunity Zone residents live below the poverty line and more than 50% are people of color.

Q: How did they originate?

Opportunity Zones were established in 2017 as part of the Tax Cuts and Jobs Act. This legislation provides federal tax exemptions on capital gains to individuals who are willing to invest in real estate projects or businesses in the designated census tracts.

Q: How were Opportunity Zones selected?

Governors from each state and U.S. territory, as well as the mayor of Washington, D.C., nominated census tracts within their jurisdictions that had at least 20 percent of residents living below the poverty line or that were adjacent to a low-income area.

Q: What makes the Opportunity Zone program different than other community development initiatives?

Using federal tax policy to stimulate investment in distressed areas is not a new idea. Similar initiatives, including Enterprise Zones and Empowerment Zones, first began in the 1990s. These programs, however, involved tax credits and grant funding that were capped by available federal resources. Because Opportunity Zones are funded by private investors, rather than allocations from the federal government, they aren’t subject to such limits.

Q: What will make Opportunity Zones a success?

One indicator of success will be whether Opportunity Zones actually receive the level of investment — $100 billion over the next decade — that the U.S. Department of the Treasury has projected. Another measure is how these investments are distributed among the various zones. Some fear that only a small share of census tracts will benefit.

But the ultimate success of Opportunity Zones won’t be determined solely by how much money goes where. Rather, it will hinge on the kinds of projects these dollars support and the benefits that residents see from them, such as quality jobs, more affordable housing options and greater investment in local businesses. Success will also hinge on minimizing the negative effects — such as displacement — that are often associated with growth.

To achieve success, local leaders must establish concrete goals and develop tracking systems to measure progress. Baltimore and Atlanta — two cities where the Casey Foundation has a special connection and a long-term commitment to family well-being — have already begun this process.

Baltimore City officials recently released a framework to guide community development projects and launched several efforts that will complement Opportunity Zones, including a Neighborhood Impact Investing Fund and an Affordable Housing Trust Fund. It is one of few cities in the country, along with Atlanta, that has a full-time dedicated Opportunity Zone coordinator who matches potential projects with investors.

Q: How can philanthropy make Opportunity Zones work for children and families?

Maximizing the benefit and mitigating the risks that Opportunity Zones pose for low-income communities is the collective responsibility of multiple stakeholders — including federal, state and local governments, investors, fund managers and intermediaries — and cannot be achieved by any one organization.

That said, foundations can play several important roles, both together and individually. They include helping to connect mission-oriented investors with projects that benefit low-income residents; building the capacity of residents to advocate for projects they want; sharing best practices; and — perhaps most importantly — supporting efforts to track investment and impact.