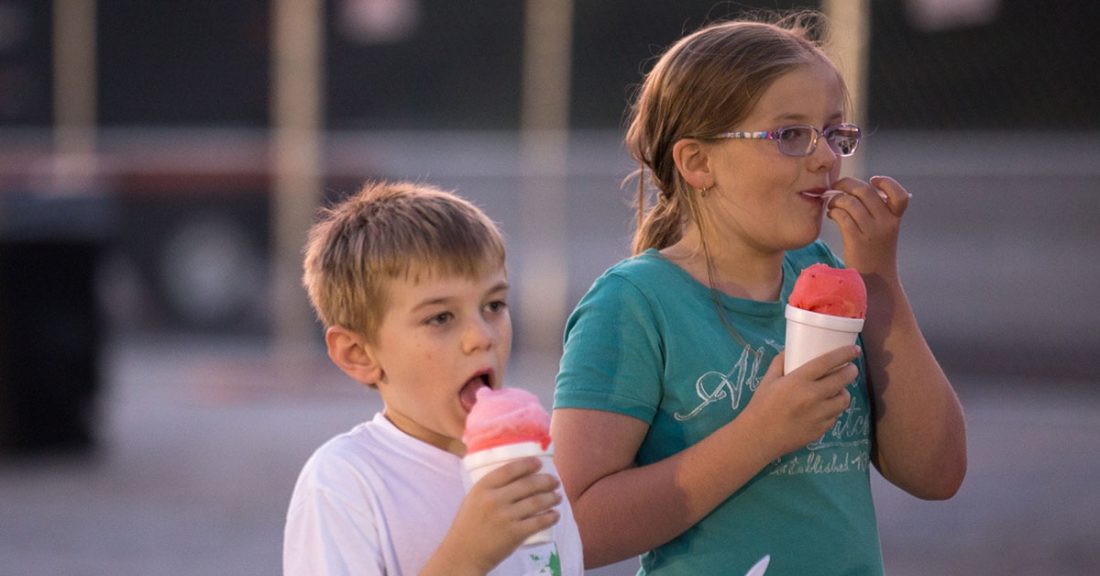 The Annie E. Casey Foundation today released “Children Living in High-Poverty, Low-Opportunity Neighborhoods,” a KIDS COUNT® data snapshot that examines where concentrated poverty has worsened across the country despite a long period of national economic expansion.

What is concentrated poverty?

Growing up in a community of concentrated poverty — that is, a neighborhood where 30 percent or more of the population is living in poverty — is one of the greatest risks to child development. Alarmingly, more than 8.5 million children live in these settings. That’s nearly 12 percent of all children in the United States.

Children in high-poverty neighborhoods tend to lack access to healthy food and quality medical care and they often face greater exposure to environmental hazards, such as poor air quality, and toxins such as lead. Financial hardships and fear of violence can cause chronic stress linked to diabetes, heart disease and stroke. And when these children grow up, they are more likely to have lower incomes than children who have relocated away from communities of concentrated poverty.

“We all know that children thrive when they grow up in neighborhoods with high-quality schools, abundant job opportunities, reliable transportation and safe places for recreation, yet across the country, millions of our kids are living in poverty,” said Lisa Hamilton, the Casey Foundation’s president and CEO. “Following such a long period of national economic growth, we should see widespread poverty reduction for more communities. It is imperative that we implement policies to revitalize the children and families that remain left behind.”

The data report outlines solutions to address concentrated poverty and challenges leaders to confront issues such as the far-reaching effects of racial inequities and inequality. African American and American Indian children are seven times more likely to live in poor neighborhoods than white children and Latino children are nearly five times more likely, largely as a result of legacies of racial and ethnic oppression as well as present-day laws, practices and stereotypes that disproportionately affect people of color. Even relatively wealthy states like Texas and New York have a large share of children of color living in concentrated poverty. 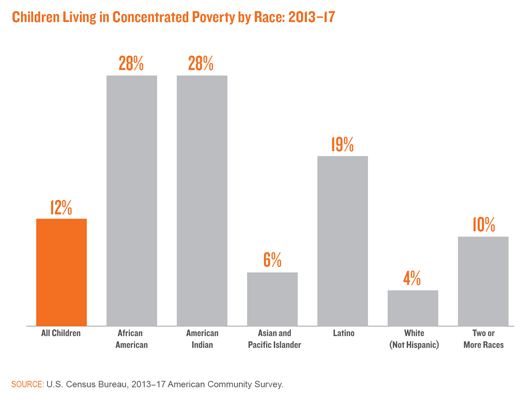 Additional key findings in the report include:

Areas of concentrated poverty in America

States in the South and West tend to have high rates of children living in concentrated poverty, making up 17 of 25 states with rates of 10% and above.

Overall, urban areas have both the largest number and share of children living in concentrated poverty: 5.4 million, or 23% of all kids in cities. About 11% of kids (1.2 million) in rural areas live in poor communities, while 5% of suburban kids (2 million) do.

Solutions to child poverty in America

“Solutions to uplift these communities are not far out of reach, and they would have significant positive effects both for children and youth and for our country as a whole,” said Scot Spencer, associate director of advocacy and influence at the Casey Foundation. “Strong neighborhoods foster stable families and healthy children.”

The Casey Foundation urges leaders — from the national and state level to counties, cities and other local settings — to act now to help families lift themselves out of these circumstances. Policies at the community, county and state levels that can have a significant impact on the lives of children in struggling families include: