Survey: A Pandemic High for the Number of Black Youth in Juvenile Detention 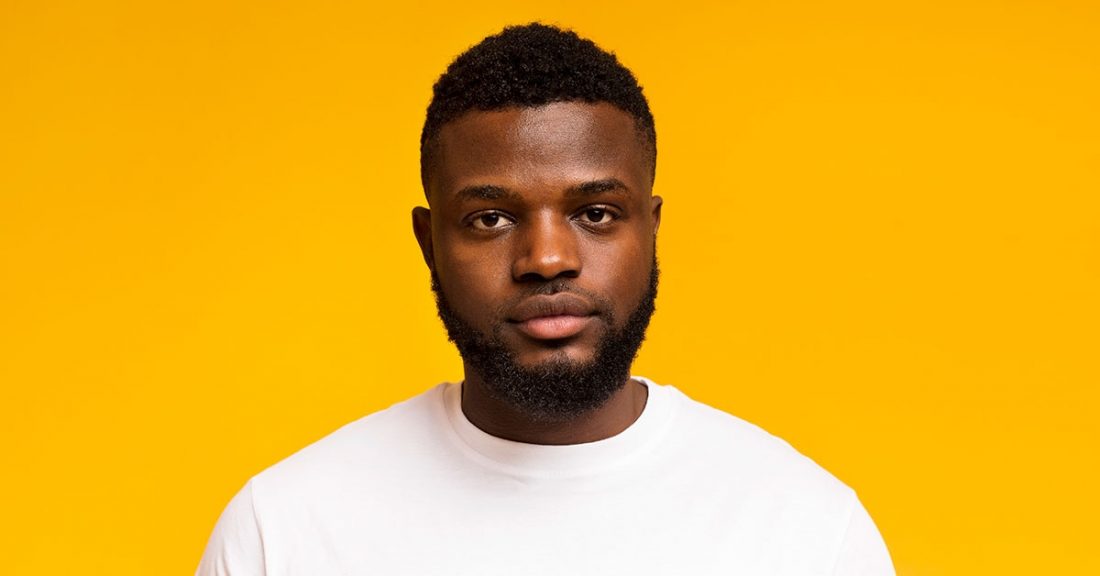 A survey by the Annie E. Casey Foundation of youth justice agencies finds the population of Black youth in juvenile detention on Feb. 1, 2021, reached a pandemic high, while that of white youth was the second lowest recorded in more than a year.

The experiences between Black and white youth diverged the most when it came to the pace at which they were released from detention. Black youth stayed longer in detention than their white peers — and even longer than before the pandemic began. The difference in release rates between youth of color and white youth was the largest ever recorded in this survey.

This survey, conducted each month since the pandemic began in March 2020, is aimed at assessing the effects of the coronavirus pandemic on juvenile justice systems around the country. The Foundation captured trends from 144 jurisdictions in 33 states, representing more than 30% of the nation’s youth population (ages 10–17). As of Feb. 1, 2021 — the most recent data available — the major findings were as follows:

“Jurisdictions have told us they think that longer lengths of stay in detention are being driven by a detention population that now only contains youth with the most serious offenses and complex cases,” said Nate Balis, the director of the Foundation’s Juvenile Justice Strategy Group. “If that’s so for all racial and ethnic groups, then jurisdictions must determine why it’s primarily Black and Latino youth who seem to be getting stuck in detention.”

The youth detention population by race

Among survey sites that provide data disaggregated by race and ethnicity, the population of Black youth in detention on Feb. 1, 2021, reached a pandemic high, while the population of white youth was the second lowest since this survey began. The population in detention is a function of two things: how many young people are admitted, and how long they stay. While changes in monthly admission rates since before the pandemic have contributed to the worsening disparities by race and ethnicity, they are not the main drivers. Rather the disparities mounted because Black and Latino youth were stuck in detention longer than their white peers. 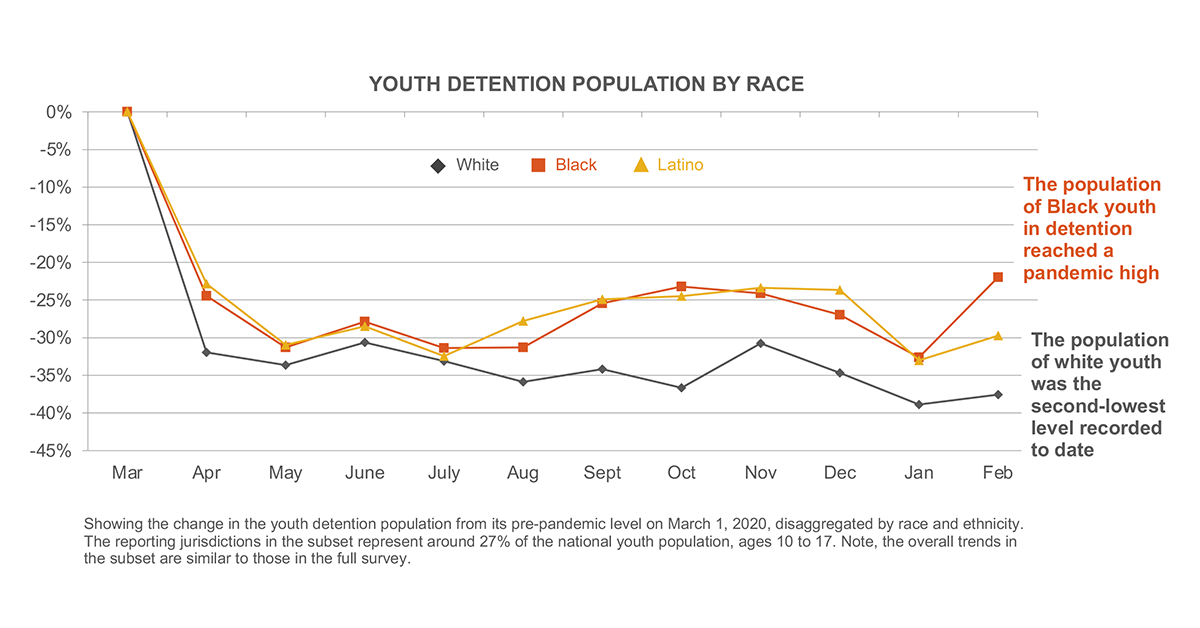 Pace of releases by race

When the pandemic took hold in March 2020, systems accelerated releases across all racial and ethnic groups. Over the summer and fall, disparities in the release rate favoring white youth grew substantially. 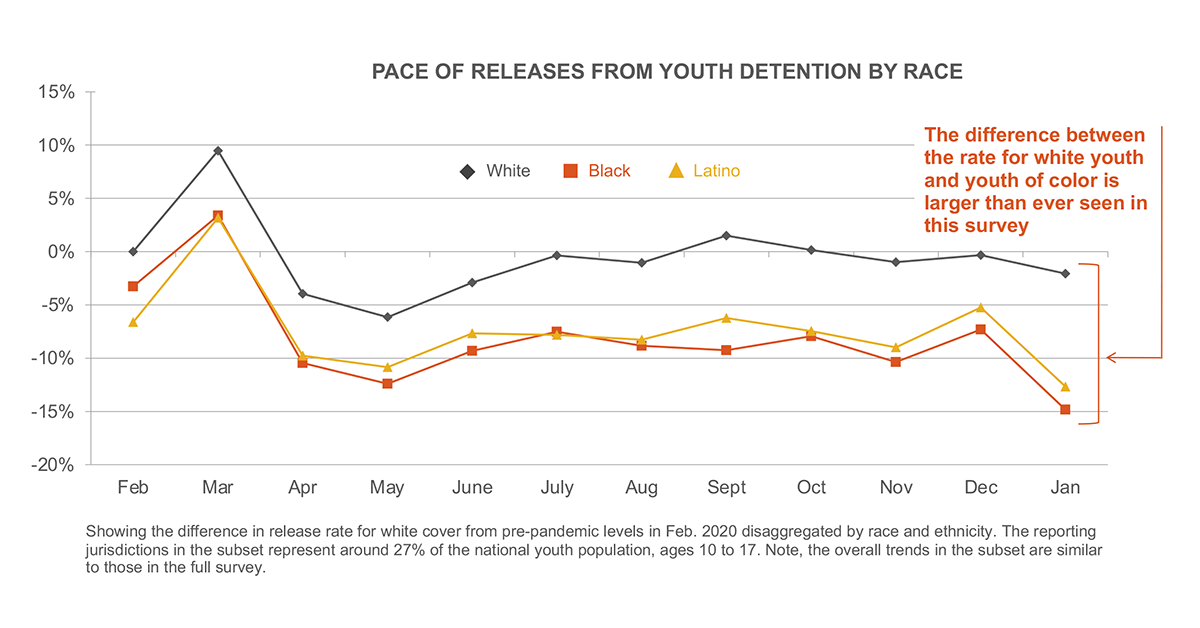 The overall population in youth detention

On Feb. 1, 2021, detention facilities participating in the survey held 26% fewer young people than a year earlier; and 28% fewer than on March 1, 2020, shortly before COVID-19 was declared a pandemic. The youth detention population plunged by 31% from March 1 to May 1 and has fluctuated within a narrow range since then. 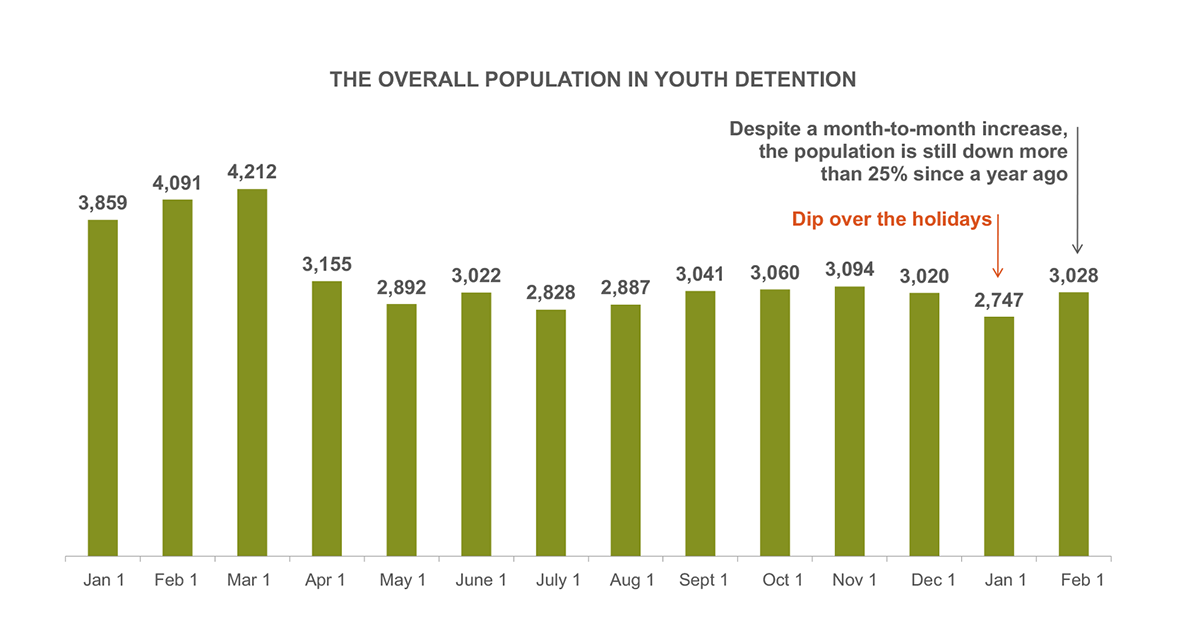 If the release rate had stayed at its peak level of 64% in every month since March, two of every five young people in detention at that time would have been home. 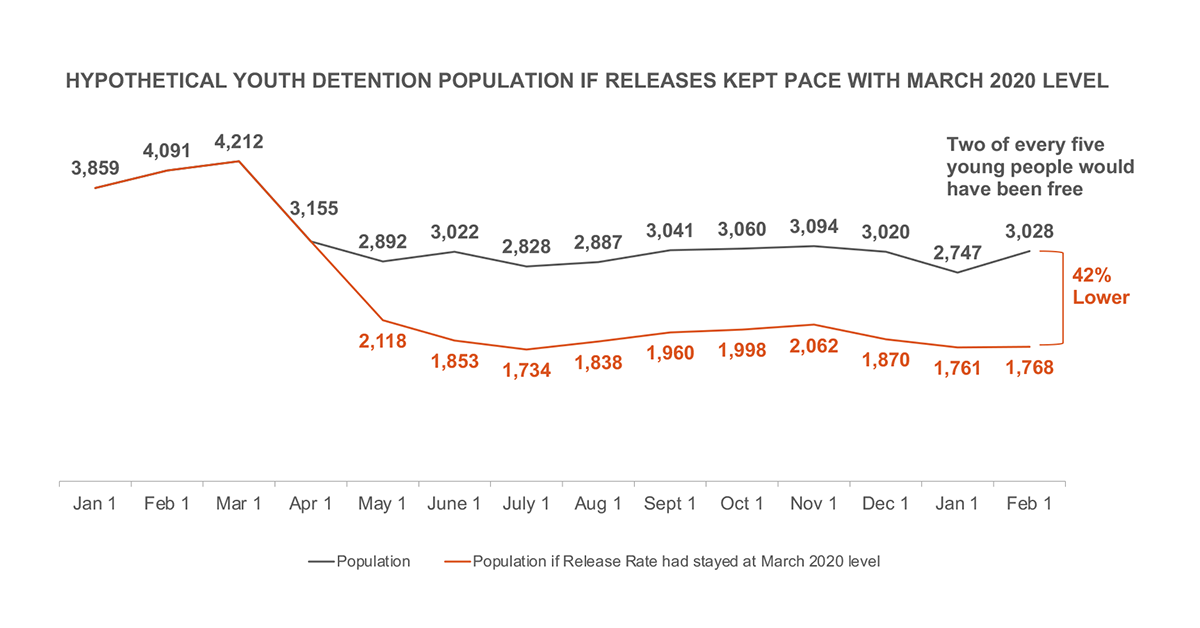 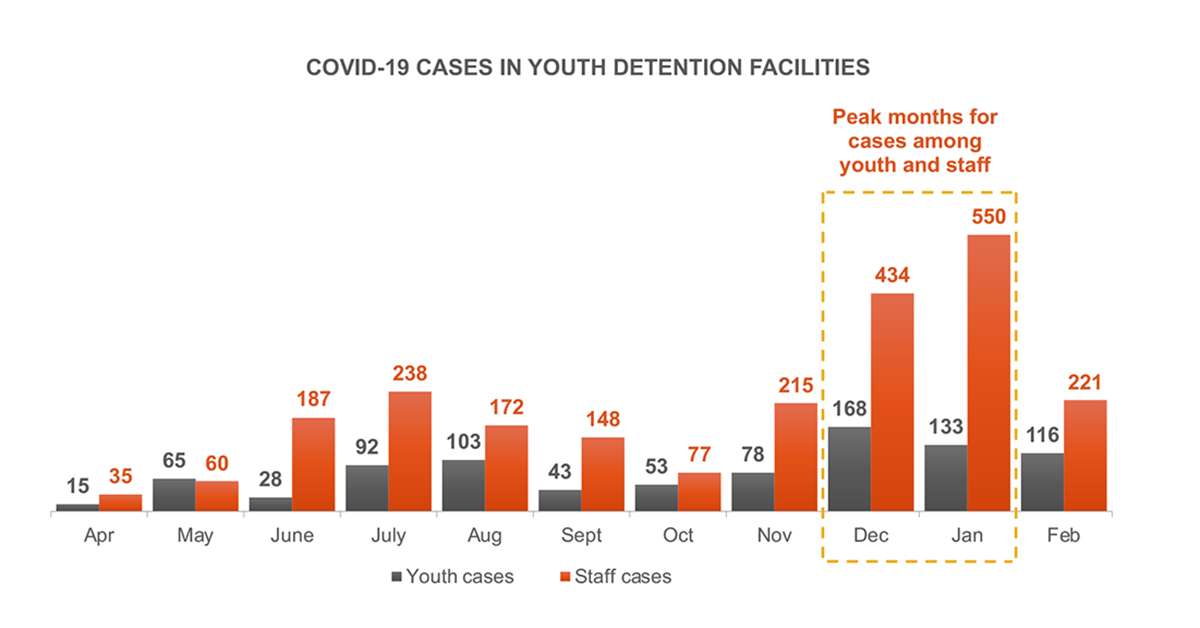 The Foundation will continue its monthly survey of youth justice agencies throughout 2021 to assess the effects of the pandemic on juvenile justice systems.

Empact Solutions has contributed to data collection and analysis efforts since the youth detention survey launched in April 2020.