Who Are Children in Immigrant Families? 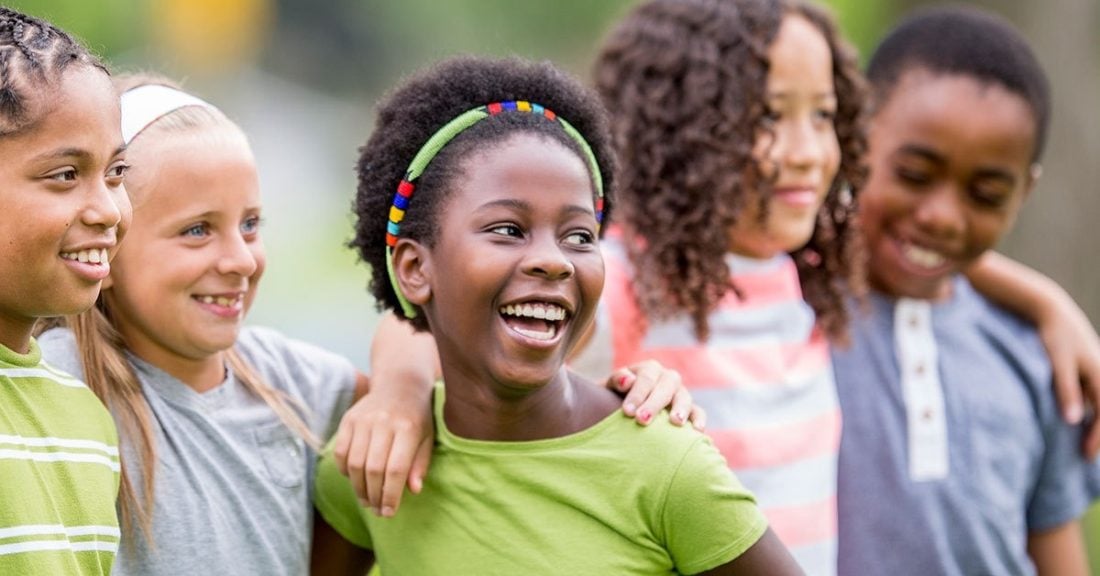 In recent years, children in immigrant families regularly have been at the center of major public policy discussions, such as those regarding the southern border of the United States and the Deferred Action for Childhood Arrivals policy, among others. To promote an accurate understanding of this population and constructive conversations about how to support these children and their families, it is important to understand basic terminology and key facts about this group in the United States.

Definitions About Children in Immigrant Families

The terms immigrant and foreign-born are interchangeable and refer to individuals who were not U.S. citizens at birth but may have become citizens through naturalization. Those who are not citizens may include lawful permanent residents, those with temporary visas, refugees and asylum seekers or unauthorized immigrants.

Citizenship usually is acquired when a child is born in the United States, Puerto Rico, Guam, the U.S. Virgin Islands or the Northern Marianas or born abroad to American parents. Citizenship also can be obtained through the naturalization process.

The process in which a lawful permanent resident becomes a U.S. citizen after meeting requirements in the Immigration and Nationality Act.

This permanent status may be obtained through multiple methods, including family relationships, employment sponsorships, humanitarian protection (for refugees and asylum seekers) or the Diversity Visa Program lottery.

These are individuals who need protection due to persecution or fear of persecution “on account of race, religion, nationality and/or membership in a particular social group or political opinion.” Asylum seekers submit applications at a port of entry to the United States or when they are already in the country, while refugees are outside of the United States when they are considered for resettlement.

This term refers to foreign-born individuals who are not citizens and not legal residents. This includes people who entered the United States without inspection and those who were legally admitted on a temporary basis but stayed beyond their required departure date.

Generally, a migrant refers to someone who changed his or her country of usual residence regardless of the reason. It may be voluntary or forced migration, and it may be temporary or permanent.

Nativity refers to whether individuals are native-born versus foreign-born. Native-born is defined as born in the United States, Puerto Rico, Guam, the U.S. Virgin Islands or the Northern Marianas or born abroad to American parents.

This term typically refers to native-born children with at least one foreign-born parent.

Generally, this term includes both first- and second-generation immigrant children.

How many children are in immigrant families in the United States?

What states have the largest share of children in immigrant families?

How many children in immigrant families are U.S. citizens?

How many children in immigrant families do not have parents who are U.S. citizens (i.e., neither parent at home is a citizen)?

How many U.S. children are foreign-born?

How many young people are immigrants or live in immigrant families in the United States?

What states have the largest share of these youth?

What is the racial and ethnic makeup of this population?

More than three-quarters (77%) of Asian and Pacific Islander youth and young adults were immigrants or lived in immigrant families in 2015–2019. The same was true for 51% of Latino, 21% of two or more race, 14% of Black, 11% of American Indian and 6% of non-Hispanic white youth.

What share of young people in immigrant families live in low-income households?

What percentage of youth in immigrant families live in high-poverty areas?

How likely are fourth-grade English language learners to score below proficient in reading?

Nationwide, 91% of fourth graders who were also English language learners scored below proficient in reading in 2019. By comparison: Just 62% of their English-speaking classmates failed to achieve reading proficiency.

Socioeconomic and Housing Statistics for Children in Immigrant Families

How likely are children in immigrant families to live in low-income working households?

One in three in 2019, compared to one in five children in U.S.-born families, a gap that has narrowed only slightly over the last decade.

What is the median income for immigrant and non-immigrant families with children?

How does the ability to afford housing compare?

How does home ownership compare for immigrant and non-immigrant families with children?

Children in U.S.-born families are more likely to live in households that own their homes (65% in 2019) than children in immigrant families (54%), a gap that has held relatively steady for two decades.

In 2019, children in immigrant families were close to three times more likely to live in crowded housing (defined as more than one person per room). While this is an improvement from 36% in 2000–2002, it compares to just 10% of children in U.S.-born families in the same years.

How likely are children in immigrant families to have no parent at home with a high school diploma or equivalent?

What share of children in immigrant families live in linguistically isolated households?

In 2019, 18% of children in immigrant families lived in a linguistically isolated household. States with the greatest share were Louisiana (25%), Alabama (24%), Kentucky (24%) and Iowa (24%), among those with available data. (Note: A linguistically isolated household is one in which no person age 14 or older speaks only English, and no person age 14 or older who speaks English as a second language speaks it very well.)

The Annie E. Casey Foundation offers a range of reports and resources to promote the health and well-being of children and families, including the immigrant population. Explore the resources below and sign up for our newsletters to continue learning.