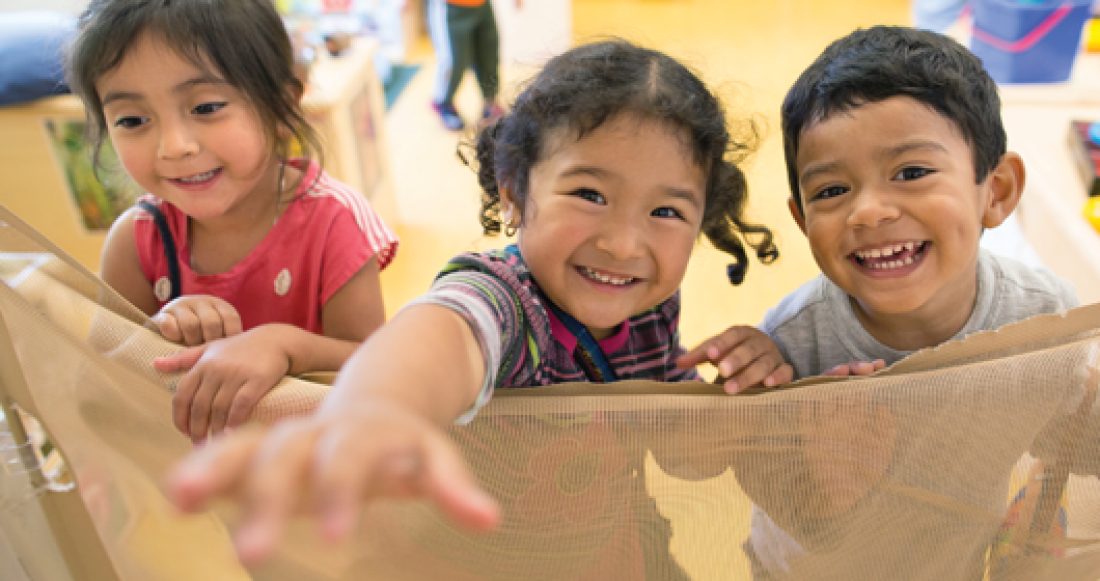 The teenagers of Generation Z — the rising cohort born after 1995 that follows the Millennials — broke records in education and health indicators despite growing up in the midst of the economic downturn, according to the 2016 KIDS COUNT Data Book from the Annie. E. Casey Foundation.

Aided by federal, state and local policies and investments in prevention, a record number of teens have managed to avoid bad choices that could have derailed their future prospects. Comparing data between 2008 and 2014, teen birth rates fell 40%, the percentage of teens abusing drugs and alcohol dropped 38%, and the percentage of teens not graduating on time decreased by 28%.

These improvements are remarkable given the economic challenges faced by far too many of their families. Despite rising employment numbers, 22% of children lived in poverty in 2014 — the same rate as in 2013 and almost one in three children live in families where no member of the household has full-time, year-round employment. While navigating their own family challenges, an increasing number of our young people are also growing up in neighborhoods that lack the resources they need to thrive. Since 2006-2010, the number of children living in high-poverty areas increased to 14%, up from 11%.

“This generation of teenagers and young adults are coming of age in in the wake of the worst economic climate in nearly 80 years, and yet they are achieving key milestones that are critical for future success,” said Patrick McCarthy, president and CEO of the Casey Foundation. “With more young people making smarter decisions, we must fulfill our part of the bargain, by providing them with the educational and economic opportunity that youth deserve. We urge candidates in state and national campaigns to describe in depth their proposals to help these determined young people realize their full potential.”

Since 2008, the percentage of teen drug and alcohol abuse has declined by double digits in every state except Louisiana and the District of Columbia; in 11 states it fell by 40% or more. The teen birth rate fell by more than 20% since 2008 in all but one state, North Dakota, where it fell by 14%. Child and teen death rates fell in all states except two, Utah and West Virginia, with a 66% drop in the District of Columbia. Only three states did not see a positive change in the percentage of high school kids not graduating on time, with Nebraska and D.C. seeing 50% or more of a decrease.

Yet despite their increasingly responsible choices, Generation Z teens growing up in low- to moderate-income households have fewer opportunities to move up the economic ladder compared to adults in the previous two generations. A college degree is now required to qualify for most middle income positions, but rising tuition costs and a shift in financial aid away from needs-based grants to loans has put a post-secondary education out of reach for most low-income students. Armed with only a high school degree, the future prospects for young adults are bleak. Among recent high school graduates, the unemployment rate was 28% for blacks, 17% for Latinos and 15% for whites. Those with jobs earned, on average, $10.66 an hour, which was less than wages in 2000 when adjusted for inflation.

“With rising higher education costs, stagnant wages and a flimsy social safety net, teens are less likely than their parents or grandparents to obtain economic security,” continued McCarthy. “For the sake of our economy and our society, we must reverse this trend to ensure that today’s youth — who will be the next generation of workers, parents and community leaders — have a successful transition to adulthood and beyond.”

The rates of children without health insurance have improved by 40% since 2008, with some states recording decreases of more than 60%. State health insurance covered close to an additional 3 million children.

Our country’s legacy of racial inequity means that children of color continue to face significant barriers to their success. African-American children were twice as likely as the average child to live in high-poverty neighborhoods and to live in single-parent families. American Indian children were twice as likely to lack health insurance coverage, and Latino children were the least likely to live with a household head who has at least a high school diploma. On a positive note, African-American children were more likely than the national average to have health insurance coverage, attend pre-school and Pre-K, and live in families where the household head had at least a high school diploma.

“Generation Z is the most diverse yet, and children of color are already the majority in 12 states. By the end of the decade, children of color will be the majority of all children in the United States,” said Laura Speer, associate director for policy reform and advocacy. “Our shared future depends on today’s young people fulfilling their potential.”

National and State Rankings for the 2016 KIDS COUNT Data Book

For the second year in a row, a non-New England state ranks number one for overall child well-being. Minnesota holds the top spot, followed by Massachusetts, Iowa, New Hampshire and Connecticut, a newcomer to the top five. Mississippi remains the lowest ranked, with New Mexico, Louisiana, Nevada and newcomer Alabama rounding out the bottom five. Other state highlights:

Bipartisan solutions based on American values

In the Data Book, the Casey Foundation offers a number of recommendations for how policy makers can ensure all children are prepared for the future, based on this country’s shared values of opportunity, responsibility and security.