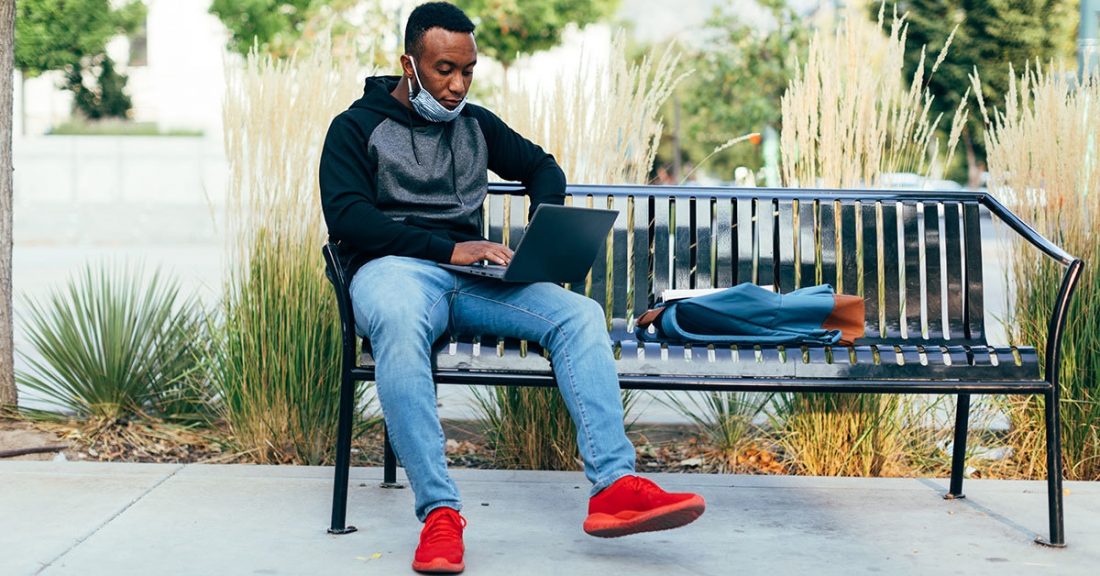 Youth and young adults want the opportunity to advance their education and pursue career and life goals. Yet, many are stifled by the high cost of obtaining a college degree or accessing other postsecondary options. For those who do attend college, student debt — which has climbed to $1.7 trillion for all borrowers — can be severely limiting.

For those struggling to pay their loans, negative consequences can include lower credit scores, less savings, wage garnishments and deferring key decisions, such as buying a house or moving out of a caregiver’s home. Disproportionally, these outcomes fall on people of color.

“It’s important to understand the ways in which debt disproportionally impacts people of color,” says Velvet Bryant, a program associate with the Annie E. Casey Foundation. “As we expand solutions to address the racial and ethnic wealth gap, we must tackle the issue of student loan debt and how it disrupts the financial stability of young adults.”

The Casey Foundation explored several sources that highlight the racial and ethnic disparities related to student debt — and that recommend potential solutions to the problem for policy makers, system leaders and the private and philanthropic sectors.

A 2020 paper from the Aspen Institute, Making the Case: Solving the Student Debt Crisis, which draws on numerous studies, reports that:

Other analyses report similar findings. Research from Columbia University professor Judith Scott-Clayton finds that four years after graduation, Black graduates owe almost twice as much as their white counterparts. And between 12 and 20 years after graduation, Black borrowers are five times more likely to default on their loans, according to Scott-Clayton’s research.

Factors that contribute to disparities in student debt

The disparities in student debt have their roots in historic discrimination and marginalization that has hindered the economic prospects of Black Americans and other people of color — creating what’s known as the racial and ethnic wealth gap. People of color tend to borrow more for education than white peers because their families earn less income and have less wealth, notes a Brookings Institution policy analysis. With little or no assistance available from their families, borrowers of color are often left to pay back and navigate debt on their own — which puts them at greater risk of adverse consequences related to student debt, according to Making the Case.

Other factors play a role:

While disparities in student debt are fueled by the racial and ethnic wealth gap, they also contribute to the gap. A Brookings Institution analysis from researchers Andre Perry and Carl Romer cited a Journal of Consumer Affairs study that estimated that 3% to 7% of the racial wealth gap was driven by student debt, and that estimate is only likely to grow.

Federal policymakers have put forward a variety of plans to provide relief to people struggling with student debt — including forgiving $50,000 in federal student loan balances for all borrowers or eliminating the debts altogether. Some argue these larger proposals would have the greatest impact on the racial and ethnic wealth gap, given the higher levels of student debt people of color carry. As the Brookings Institution analysis from Perry and Romer point out:Black borrowers typically owe 50% more in student debt upon graduation than their white peers — and four years later that number jumps to 100%.

Majoring in Debt suggests focusing on reducing burdens for those with balances under $10,000 — as borrowers at that level are more likely to default and many are people of color.

Additional Resources About Student Debt and its Effects

Majoring in Debt: Why Student Loan Debt is Growing the Racial Wealth Gap and How Philanthropy Can Help – Asset Funders Network