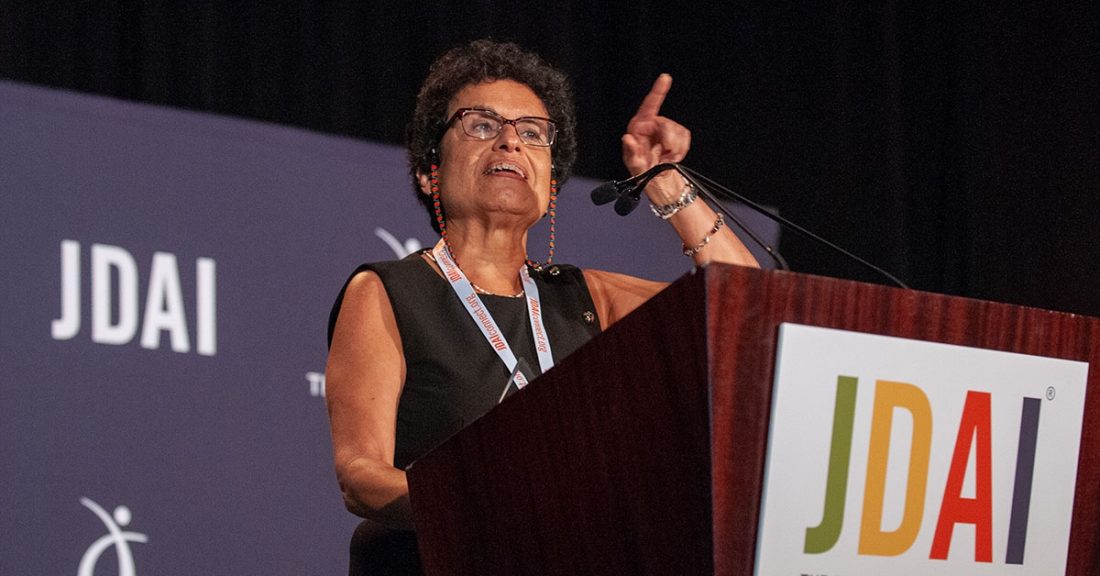 The Annie E. Casey Foundation has named Raquel Mariscal, a senior fellow at the W. Haywood Burns Institute, the inaugural recipient of its JDAI® Achievement Award. Mariscal is a leader of juvenile justice reform nationally, known for her “fierce advocacy for equity and the value of all young people,” said Nate Balis, director of the Foundation’s Juvenile Justice Strategy Group.

Mariscal has had a powerful presence among justice system leaders and stakeholders throughout her career, even “during a time that expected leadership to be assertive, aggressive, dominant, male and white,” one of her colleagues wrote in nominating her for the award. “Yet, there was Raquel, fighting for justice, for her children and yours, knowing that the cause was bigger than any discomfort she felt, or the discomfort of others in her presence.”

Part of her legacy, said James Bell, founder of the W. Haywood Burns Institute, is broadening the focus of reform “beyond the black/white paradigm” to include all youth of color and mentoring emerging Latino leaders in the reform movement.

Mariscal accepted the award before an audience of 800 at the 2019 JDAI Inter-Site Conference and urged the audience to “demolish this failed system of mass incarceration” and “lean into JDAI as a catalyst for transformative change” on behalf of equity and youth well-being.

Read About the Winner of the Gloria J. Jenkins Award

Read About the Winners of the JDAI Distinguished System Leadership Award