Call for Nominations for 2019 JDAI Awards 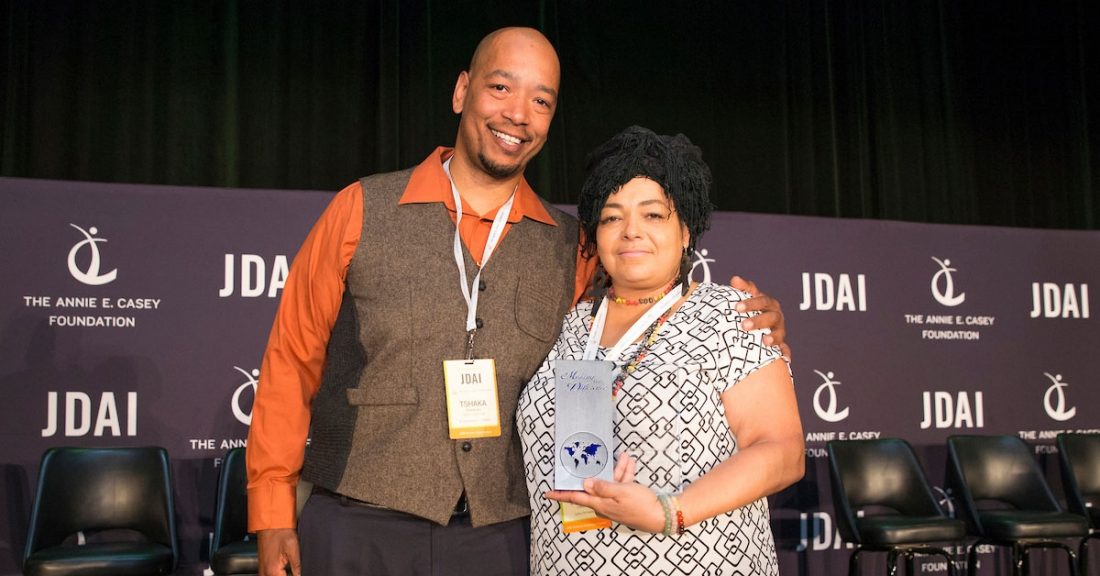 Nominations are open through August 23 in five award categories:

The award recognizes community leaders who dedicate themselves to the well-being of local residents and young people in the juvenile justice system. The award’s namesake established several highly regarded programs that reduced reliance on incarceration and helped returning citizens successfully reenter the community. Bimel passed away in 2004, shortly after directing a film about the early implementation of JDAI, These Are Our Kids: Transforming Juvenile Detention in Three American Cities.

Ideal nominees identify and respond to social justice or local concerns with community-driven, innovative and sustainable solutions, often influencing policies and practices that improve youth well-being. The award’s namesake and her husband, Eddie, established the Westside Association for Community Action (WACA) in Chicago to enhance the well-being of local residents through advocacy, direct services and community development. When detention reform began in Cook County, Illinois, in the early 1990s, WACA established the first evening reporting center in the JDAI network, an innovation that has since been replicated across the country. Prior recipients include Family and Friends of Louisiana’s Incarcerated Children, the Community Justice Network for Youth, the Juvenile Law Center, the Missouri Juvenile Justice Association, Youth Advocate Programs, Inc. and, most recently, Community Connections for Youth.

Ideal nominees for this award — the highest Foundation honor for JDAI work ― have been instrumental in helping implement the JDAI core strategies with fidelity. Prior recipients include Dane Bolin, Jennifer LeBaron, Deborah Hodges, Steven David and, most recently, Lisa Garry, Toni Carter and Kurt Wolf.

The Whatever It Takes Award:
Honoring outstanding juvenile probation officers in JDAI sites

New to the Inter-Site Conference, this award was inspired by the stories of local action and innovation featured in the Foundation report Transforming Juvenile Probation: A Vision for Getting It Right, which encouraged the JDAI network to rethink how traditional probation serves youth. Bestowed for the first time at the 2018 JDAI Deep End Conference, the award recognizes officers who have given their time, energy, creativity and compassion to do “whatever it takes” to keep young people connected with the natural sources of support within their families and communities. Thus far, 10 officers from counties in Indiana, Minnesota, Missouri, Ohio and Washington State have been recognized.

Transition Award:
Spotlighting key individuals working in JDAI sites who are retiring or changing careers, or who have passed way

Ideal nominees have exemplified extraordinary leadership in JDAI, engaging their peers and partners to implement JDAI’s core strategies and/or advance policy reform. These individuals may include, but are not limited to, JDAI coordinators, probation chiefs, directors, judges and technical assistance providers.

How to Submit a JDAI Awards Nomination

The nomination form can be found on JDAIconnect, the online community for the JDAI network and anyone interested in youth justice reform. Register for a free account at JDAIconnect. Nominators may submit multiple candidates using separate forms for each.