The Casey Foun­da­tion spurs the net­work to pur­sue poli­cies and prac­tices in their com­mu­ni­ties, courts and out-of-home place­ments that keep young peo­ple safe and on track for long-term suc­cess, while still hold­ing youth account­able for their actions. The net­work pro­motes a data-dri­ven, prob­lem-solv­ing approach and a series of tools that are root­ed in core strate­gies. These strate­gies are explic­it about racial equi­ty to address the glar­ing over­rep­re­sen­ta­tion of youth of col­or in the jus­tice sys­tem; youth, fam­i­ly and com­mu­ni­ty engage­ment; and com­mu­ni­ty-based alter­na­tives to confinement.

The JDAI net­work is peo­ple doing sim­i­lar work and fac­ing sim­i­lar chal­lenges in states and local­i­ties across the coun­try who influ­ence and sup­port one anoth­er to think dif­fer­ent­ly about what’s pos­si­ble with for youth in their com­mu­ni­ties. The net­work is con­nect­ed through a free and open online com­mu­ni­ty that offers advice from a vari­ety of voic­es, cred­i­ble resources and train­ing on demand.

The Casey Foun­da­tion’s Juve­nile Deten­tion Alter­na­tives Ini­tia­tive®, or JDAI for short, began more than 25 years ago as a pilot project to reduce reliance on local deten­tion. By design, reform in JDAI sites has expand­ed beyond juve­nile deten­tion, the front end of the sys­tem. Sites are apply­ing core JDAI themes — such as effec­tive col­lab­o­ra­tion and objec­tive deci­sion mak­ing — to broad­er reform goals.

Meet the pioneers and current practitioners of the Foundation's Juvenile Detention Alternatives Initiative.

Provide training and technical assistance to practitioners through JDAIconnect, a free online community open to all for resources, expert guidance and peer-to-peer learning.

Provide a limited amount of technical assistance beyond what is available on JDAIconnect to jurisdictions trying something new or pushing the envelope with a reform strategy.

Publish and distribute practice- and assessment-oriented guides, analyses and videos.

Convene national conferences that energize the network through a mix of plenaries, workshops and small group discussions where practitioners and other experts exchange knowledge and first-hand reports of developments in the field.

View our resources on juvenile detention

JDAI changed the country’s norms for using secure detention, shifting from a posture that defaulted to locking kids up for any kind of misbehavior to one that demonstrated detention should and could be used rarely through collaborative, data-driven efforts that offered alternatives to confinement.

JDAI has become the standard of practice for how local justice systems nationwide handle the critical front end of the juvenile court process.

JDAI reaches nearly one-third of the total U.S. youth population. It expanded from fives sites in the mid-1990s to more than 300 jurisdictions in 40 states and the District of Columbia by 2019.

Second and third generations of juvenile justice reformers are building upon the legacy of JDAI’s pioneers and adapting the model to current conditions.

State governments are leading the expansion of JDAI to more counties and cities.

Systems are locking up dramatically fewer young people prior to the court determining the outcome of the youth’ cases. Since launching their JDAI efforts, across the initiative sites have reduced admissions to secure detention by 57 percent and average daily population by 50 percent, and they have done so while protecting public safety. The data is based on 2018, which is the latest available.

Success with JDAI has been a catalyst for sites to apply JDAI’s core strategies beyond detention.

Important challenges remain, including overrepresentation of youth of color at every level of system involvement.

Download the JDAI at 25 progress report for more information

State and local juvenile justice systems themselves — along with system stakeholders — have the will, capacity and opportunity to pursue strategies that achieve better outcomes for young people charged with delinquency.

Share the values that all young people deserve a bright future, humanity and fairness; and belong in families, not prison-like facilities, which are no place for kids.

Be explicit about race equity as a necessary counterforce to disparities that are deeply rooted in structural racism stemming from our nation’s history of slavery, intimidation, inequitable opportunity and discrimination.

Support JDAI as a dynamic national movement that pursues policies and practices that keep young people safe and on track for long-term success, while still holding youth accountable for their actions.

Energize the JDAI network and JDAIconnect as a place for practitioners and other system stakeholders to exchange ideas and find mutual support.

Enhance state leaders’ capacity to promote and support JDAI expansion at the county level, with state governments playing a central role in spreading the JDAI model.

Use the detention reform — i.e., safely reducing the number of young people coming in systems’ front doors — as a catalyst for practitioners to pursue other necessary changes within their systems.

Join JDAIconnect
This free online community about youth justice reform offers advice from a variety of voices, credible resources and training on demand. The community is open to all, whether or not you participate in JDAI. JDAIconnect is part of the Casey Foundation's Community Cafe platform.

See the Foundation’s set of practice guides for implementing JDAI

Review a list of advocates promoting reform in juvenile justice

Juvenile detention reforms in Broward County, Florida inspired the creation of JDAI more than 25 years ago.

Detention is a crucial early phase in the juvenile court process. Placement into a locked detention center pending court significantly increases the odds that youth will be found delinquent and committed to corrections facilities and can seriously damage their prospects for future success. Yet many detained youth pose little or no threat to public safety.

Following Broward County, five sites joined JDAI’s demonstration phase in 1992. Begun at the height of overcrowding in detention centers across the country and amid the nation’s alarm over youth crime and tough on crime tack, the JDAI pilot sites withstood significant political resistance.

The early successes in two of the original sites — Multnomah County, Oregon, and Cook County, Illinois, which include the cities of Portland and Chicago respectively — as well as in two of the initiative’s first replication sites, Santa Cruz County, California, and Bernalillo County, New Mexico, proved that commonsense approaches and new alternatives could safely reduce the detention population.

As these successes and reform strategies were documented and shared, JDAI gained momentum. A training and technical support infrastructure was built to help jurisdictions faithfully adopt JDAI’s eight core strategies, including five sites that agreed to serve as learning laboratories for other jurisdictions.

When the initiative commemorated its 25th anniversary in 2017, the JDAI had spread to 300 jurisdictions in 39 states and the District of Columbia.

Now the JDAI network is a national movement of practitioners and system stakeholders that are advancing reforms in all aspects of youth justice, based on JDAI’s core values and strategies.

Sign up for Juvenile Justice News, a Casey Foundation newsletter. 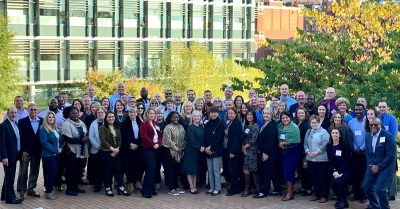 The use of juvenile detention reached a 19-month high on Oct. 1, 2021. Despite this development, the youth detention population is still 22% smaller than it was on March 1, 2020, before the pandemic began.

New Jersey’s Juvenile Justice Commission has embarked on a new strategy — healing circles — to break the cycle of recidivism and violence for young people in its facilities.

JDAI: A Model for Change 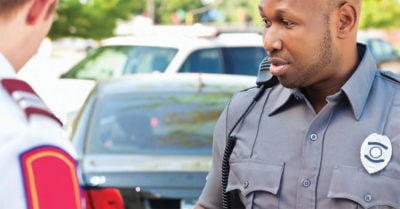 This guide is a resource-packed playbook for juvenile justice reformers who want to forge effective partnerships with law enforcement agencies. The goal? Help reduce the use of unnecessary detention while improving public safety outcomes at the same time. 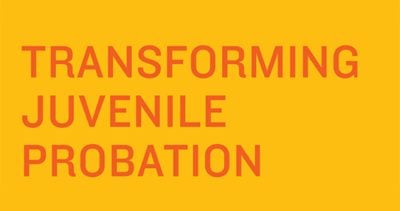 In this executive summary, the Casey Foundation presents its vision for transforming juvenile probation into a focused intervention that promotes personal growth, positive behavior change and long-term success for youth who pose significant risks for serious offending.

A Virtual Community for Reformers

Since the launching JDAIconnect in 2017, more than 2,500 juvenile justice reformers have joined the fee online community to exchange ideas, find resources and learn from each other. We encourage practitioners, advocates and young people to join today.